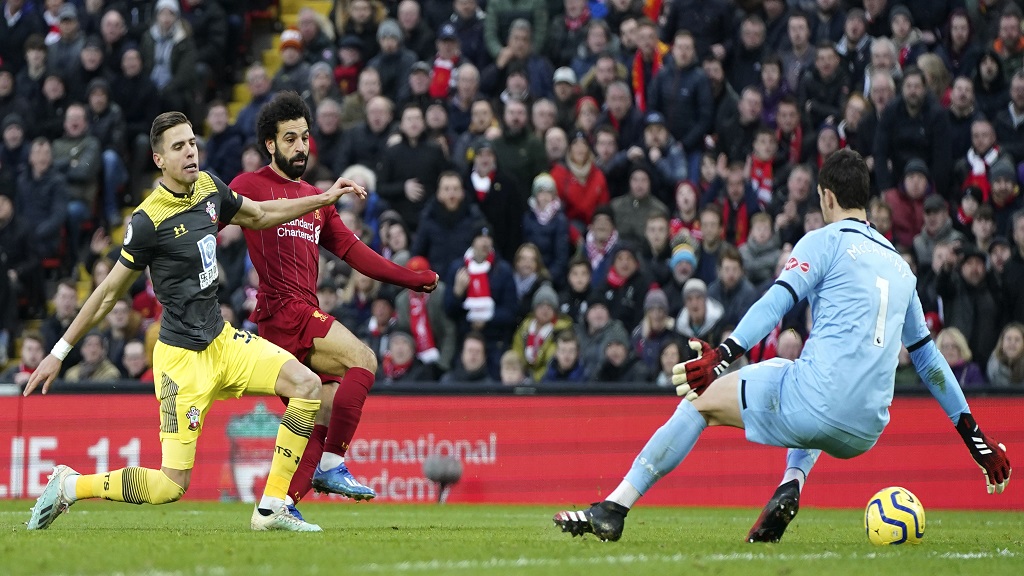 Liverpool's commanding lead in the English Premier League grew to a scarcely believable 22 points with a 4-0 win over Southampton on Saturday.

It's surely a matter of when, not if, Liverpool collect their first league championship since 1990, with the pertinent question being whether Juergen Klopp's team can go through the campaign unbeaten like Arsenal's “Invincibles” from 2003-04.

The Reds, who have 13 games left, were tested in the first half by Southampton before pulling clear after halftime on the back of an inspired display by captain Jordan Henderson, who scored one of the goals. 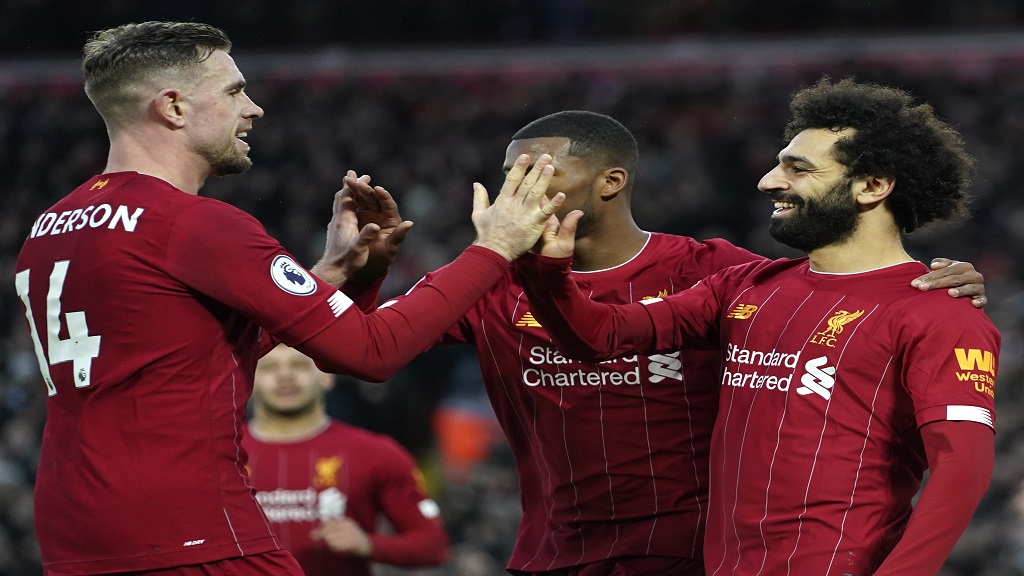 Liverpool are already close to reaching their first milestone of the season - ensuring qualification for the Champions League - and Leicester are likely to be there, too, after maintaining their eight-point cushion over fourth-place Chelsea in a 2-2 draw between the teams.

Leicester are two points behind second-place Manchester City, which visit Tottenham on Sunday.

At the other end of the standings, West Ham's slump is turning into a full-blown crisis after squandering a 3-1 lead to draw 3-3 against Brighton and drop into the relegation zone.

David Moyes' team has won just one of its last eight league games.

Bournemouth climbed out of the relegation zone by beating fellow struggler Aston Villa 2-1, despite playing almost the whole of the second half with 10 men.

Everton came from two goals down to win 3-2 at Watford, which stayed in the bottom three.