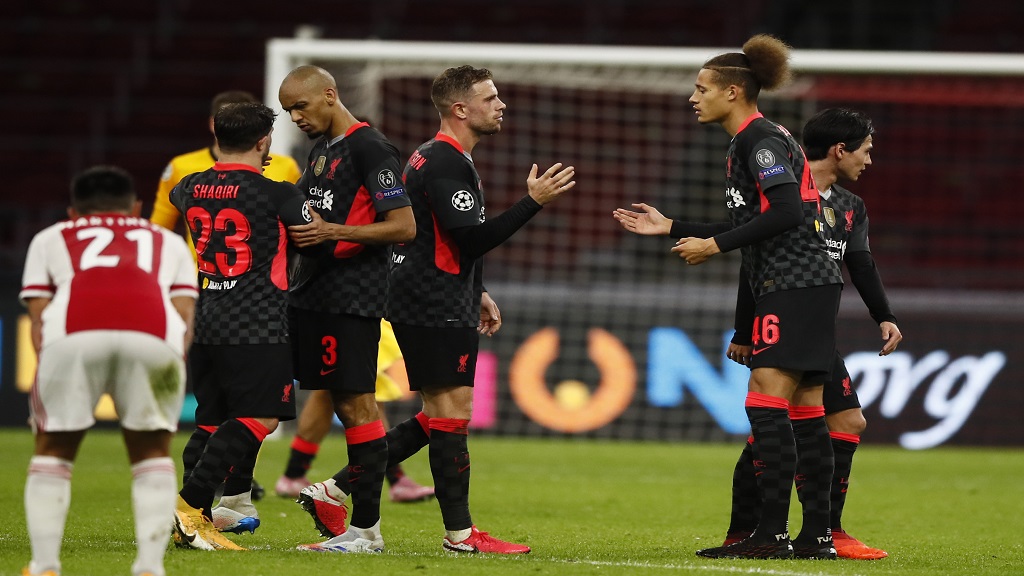 Erik ten Hag felt Liverpool were "vulnerable" against Ajax as he rued bad luck in the 1-0 Champions League loss on Wednesday.

Ajax had their chances but Nicolas Tagliafico's first-half own goal was enough for Jurgen Klopp's Liverpool in the Group D clash in Amsterdam.

Liverpool were winless in three games heading into the encounter, and in action, for the first time since Virgil van Dijk suffered a serious knee injury on Saturday.

Ten Hag said he felt the Eredivisie giants could have taken advantage of the Premier League champions.

"It would have been a big bonus if we had taken one or more points," the Ajax head coach said.

"I think Liverpool was vulnerable. Unfortunately, we didn't make the most of that."

Ten Hag added: "We were unlucky. We performed well collectively. We were convincing, but that last one per cent was missing – we didn't score even though we created many chances.

"That's the story of this game, I think."

Tagliafico turned in a miscued Sadio Mane effort 10 minutes before half-time for the game's only goal.

Ten Hag said there were elements of Ajax's performance he was pleased with.

"We knew Liverpool's strength, we wanted to prevent their full-backs, who are their playmakers, from going forward. That was one," he said.

"The second thing is that we wanted to control the midfield. Daley [Blind] is very good at that, he's so calm on the ball. And in that way, we wanted to attack their defence with deep runs. I think we did that quite well a couple of times."

While Trent Alexander-Arnold had a quieter performance for Liverpool, left-back Andy Robertson impressed.