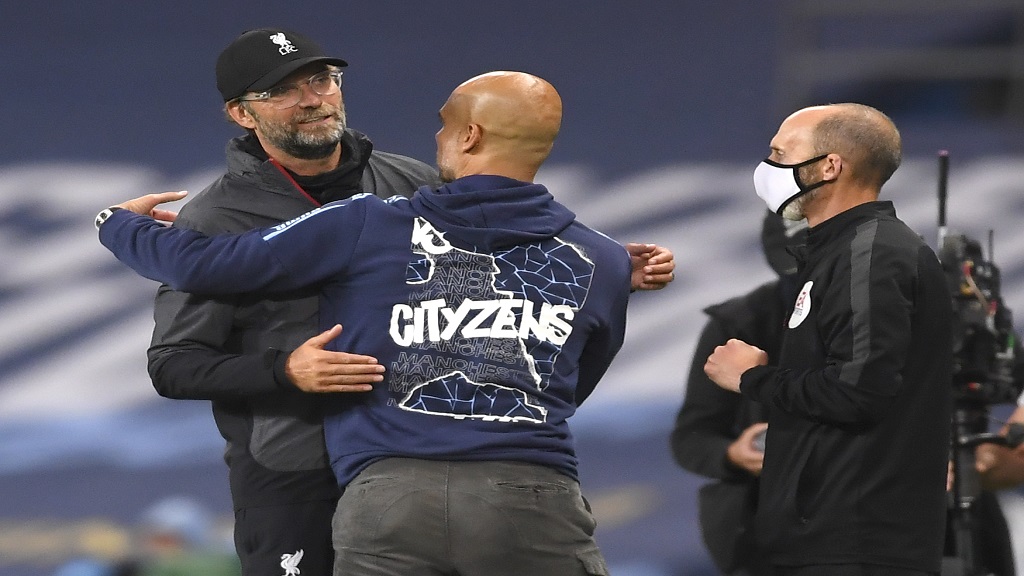 City set the record with 100 points during the 2017-18 season, while the title has already been secured by Liverpool this campaign.

However, Klopp's side was beaten 4-0 by Pep Guardiola's City on Thursday, suffering just their second loss of the league season.

Liverpool can reach a maximum of 104 points this campaign and Klopp said the record was a motivation for his team.

"Look, it is, but we cannot force that. To go there, we have to win football games – and we didn't do that [against City]," the Liverpool manager told a news conference.

"So in the first place, we should now make sure we are ready for Aston Villa. The points tally at the end of the season is the result of the results we collect until then.

"I said it to your colleagues, you know these kind of [goalscoring] moments we very often use but [against City] not. Then they have a penalty for the first one, we lose a ball for the second one. Our problems were set-pieces a little bit. The penalty, or the set-piece at least and how it came to that, and two throw-ins, I think it was two throw-ins. That is how City scored.

"With all the quality they have, they scored in these situations – and had a counter-attack. That is how football can be and if you are not perfect, this is not a good place to be. Then you will be punished and that's what happened."