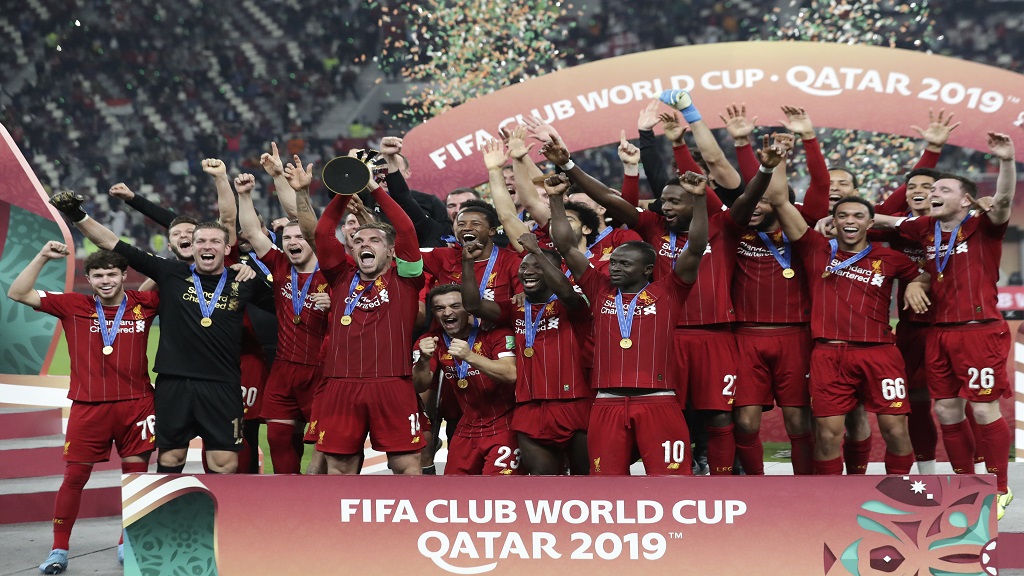 Roberto Firmino struck in extra time to claim a first Club World Cup title for European champions Liverpool as they beat Flamengo 1-0 in Doha on Saturday.

A tightly contested final should have been settled by Firmino long before the 99th minute, but the usually reliable forward twice missed the target when well placed.

Liverpool also had a last-gasp penalty award struck off in normal time following a VAR review, giving Flamengo - victors over the Reds in the 1981 Intercontinental Cup final - a lifeline.

However, the Premier League leaders dominated the additional period, and Firmino finally found the net to tee up yet more celebrations on Merseyside. 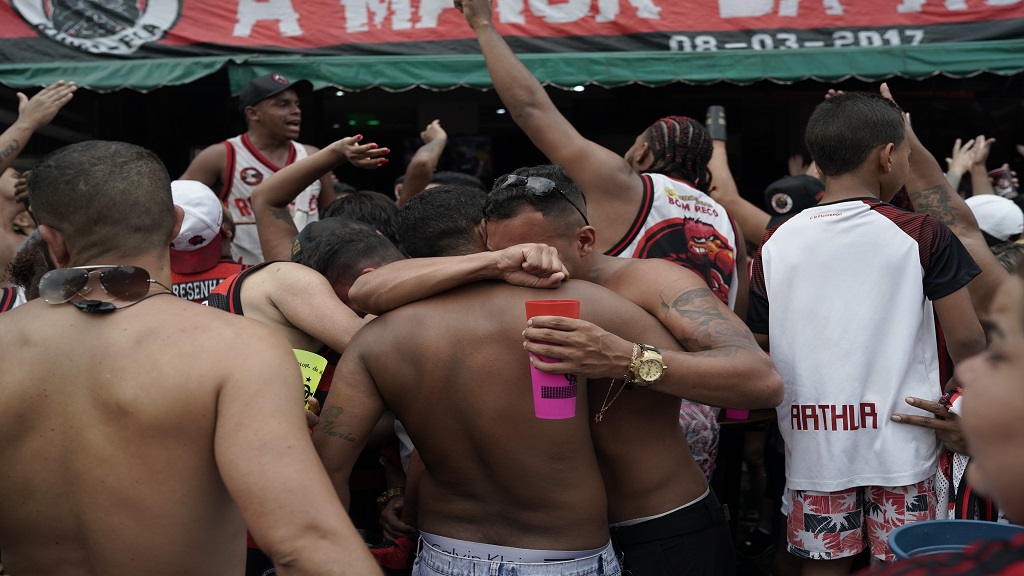 Fans of Brazil's Flamengo football team embrace at the end of the FIFA Club World Cup final against England's Liverpool.

Liverpool scored inside two minutes of June's Champions League final, and Firmino should have put them in front after just 40 seconds on Saturday, lifting his finish over the crossbar after breaching the Flamengo back-line.

Naby Keita was similarly wasteful when Jordan Henderson freed Mohamed Salah to tee up the midfielder, before Trent Alexander-Arnold drilled wide in an extremely positive start for Jurgen Klopp's side.

After toiling for the remainder of the first half, Firmino again should have netted at the start of the second, brilliantly lifting the ball over Rodrigo Caio but slamming left-footed into the left-hand post.

Salah stabbed wide as another Liverpool flurry continued, yet Gabriel Barbosa then had two sights of goal in quick succession and tested compatriot Alisson with the second.

While Liverpool were dealt a blow as Alex Oxlade-Chamberlain hobbled off after landing awkwardly, Henderson almost stole victory with an 86th-minute curling try that was touched over by Diego Alves.

There was still room for late drama before extra time, as referee Abdulrahman Al Jassim initially awarded a stoppage-time spot-kick against Rafinha for a foul on Sadio Mane, only to then assess the incident on the pitchside monitor and reverse his decision.

It was a reprieve that lasted only nine minutes into extra time, when Henderson set clear Mane, who squared for the composed Firmino to sit down goalkeeper Alves and rifle into the net.

Salah was denied a swift second by Alves, and substitute Lincoln should have got Flamengo back on level terms in the 119th minute, instead blazing over in front of goal to ensure Klopp's side the title.

What does it mean? Christmas cheer for new world champions

Liverpool's wait for a domestic league title may have extended into a 30th year, but 2019 has been hugely successful for the club.

After holding Tottenham at bay in the Champions League final, their class eventually told against tricky foes Flamengo, too. Meanwhile, Leicester City lost at Manchester City, meaning Klopp's men will be 10 points clear at the Premier League summit at Christmas with a game in hand. The coming 12 months should be equally exciting for those of a red persuasion.

Heroic Henderson the man for the big occasion

Captain Henderson was an inspirational figure in the attritional Champions League triumph against Spurs, and he was key again in this final.

The England international was tireless in the middle of midfield but also showed his quality on the ball, playing some wonderful passes from deep - including one that led to the winner.