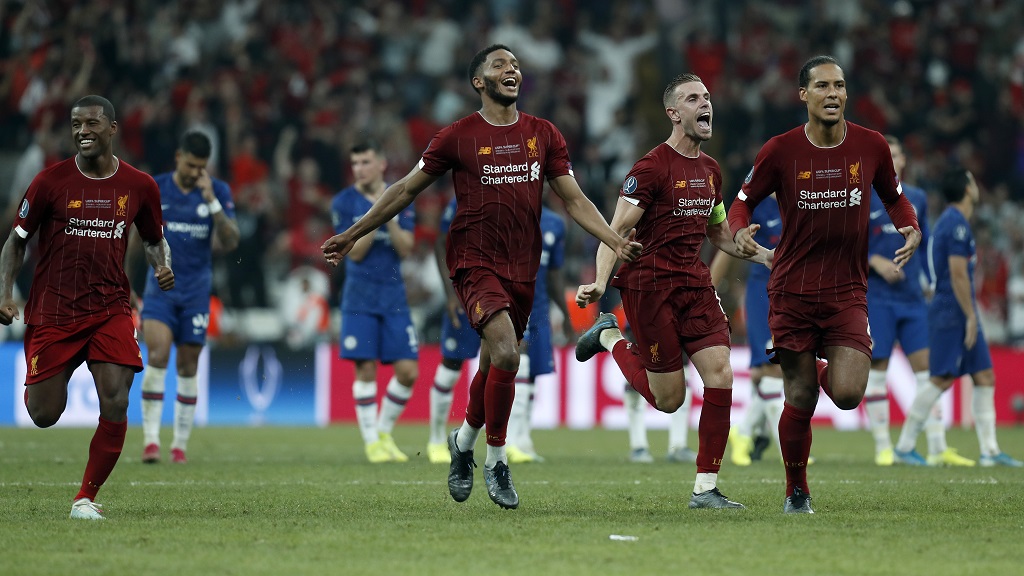 Backup goalkeeper Adrian was Liverpool's penalty shootout hero as they beat Chelsea on penalties to win the Super Cup and kick off a new European season.

After Champions League holder Liverpool and Europa League winner Chelsea finished extra time at 2-2, Adrian made the crucial save with his leg to deny Tammy Abraham and give his team a 5-4 win on penalties in a game which finished after midnight Turkish time on Thursday.

Chelsea took the lead in the 36th minute when Christian Pulisic exposed poor positioning by Liverpool right back Joe Gomez to pass for Olivier Giroud to shoot low past Adrian.

Liverpool stormed back after the break, Fabinho's 48th-minute pass opening up the Chelsea defense and leaving Sadio Mane with an easy finish off Mohamed Salah's flick.

In extra time, Mane put Liverpool ahead off a Roberto Firmino cross, but Chelsea quickly responded with a penalty from Jorginho.

After just six minutes, she denied Liverpool a penalty when Sadio Mane's overhead kick hit Andreas Christensen's arm, which seemed to be out of a strictly "natural" position. There was no full review by the video assistant referee system.

Twice Chelsea put the ball into the net through Pulisic and substitute Mason Mount, but Frappart and her assistants ruled both efforts out for clear offsides.