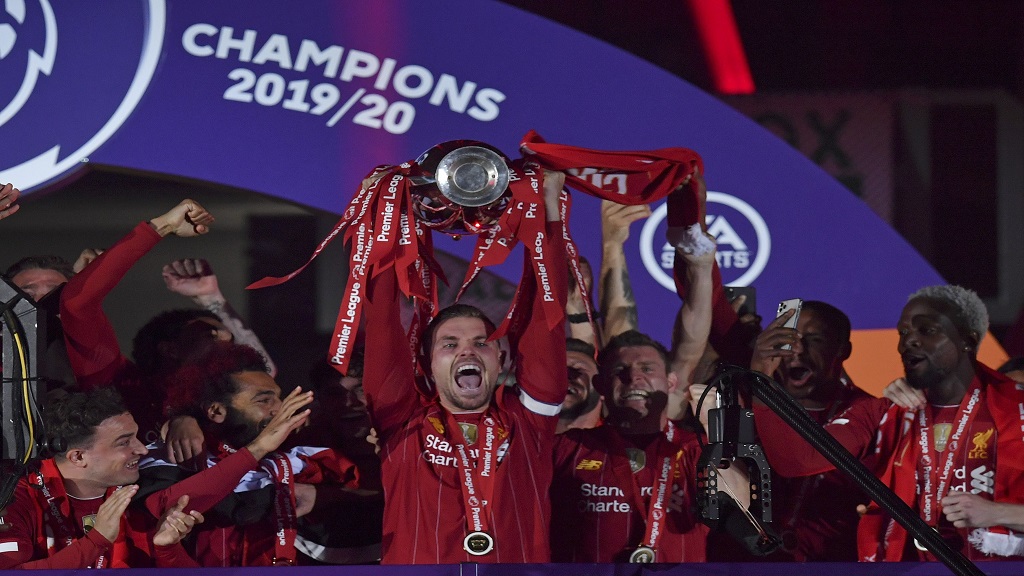 Fireworks on and off the field at Anfield.

As the fans shut out of the stadium lit the sky with pyrotechnics, Liverpool and Chelsea provided their own explosive moments in an eight-goal thriller.

A 5-3 victory before receiving the English Premier League trophy was an entertaining way for Liverpool to sign off from Anfield for the season on Wednesday with eight different scorers.

Defeat for Chelsea left Frank Lampard's side still needing a point from Sunday's final match of the season against Wolverhampton to seal a Champions League place. 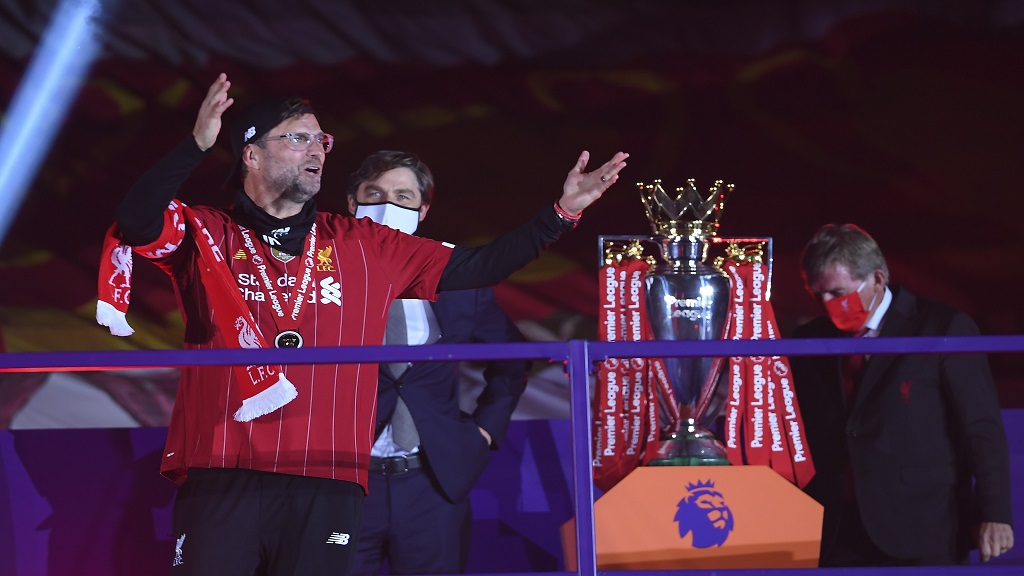 Liverpool ensured the end of their 30-year title drought long ago. Only the three-month delay to the season because of the coronavirus pandemic delayed the coronation.

Just like four weeks ago, when Chelsea's victory over Manchester City clinched the trophy for Liverpool, fans couldn't resist gathering outside Anfield. There was no chance of them entering the stadium due to pandemic restrictions.

What a show they missed.

Naby Keïta’s thunderbolt of a shot and Trent Alexander-Arnold’s stunning dipping free kick set Liverpool on their way to an 18th home league win out of 19 games. Chelsea’s slack defending allowed Gini Wijnaldum to grab a third from a corner before halftime.

Olivier Giroud was able to pull one back before halftime after goalkeeper Alisson parried Willian's shot into the striker's path.

Just when it looked like Roberto Firmino would complete the season without scoring in the league at Anfield, he finally did that in the 55th. It was an exquisite cross pinged in by Alexander-Arnold that Firmino headed into the Chelsea goal in front of the Kop where the podium was set up for the trophy presentation.

The arrival of Christian Pulisic had injected a new energy in the Chelsea side in the second half. And the American cut in from the left before setting up the unmarked Tammy Abraham to walk Chelsea's second goal over the line.

With cordite filling the air from the pyrotechnics set off by Liverpool fans, it was Chelsea celebrating again. Pulisic brought down a cross with his chest and, with his back to goal, swiveled before striking into the net. 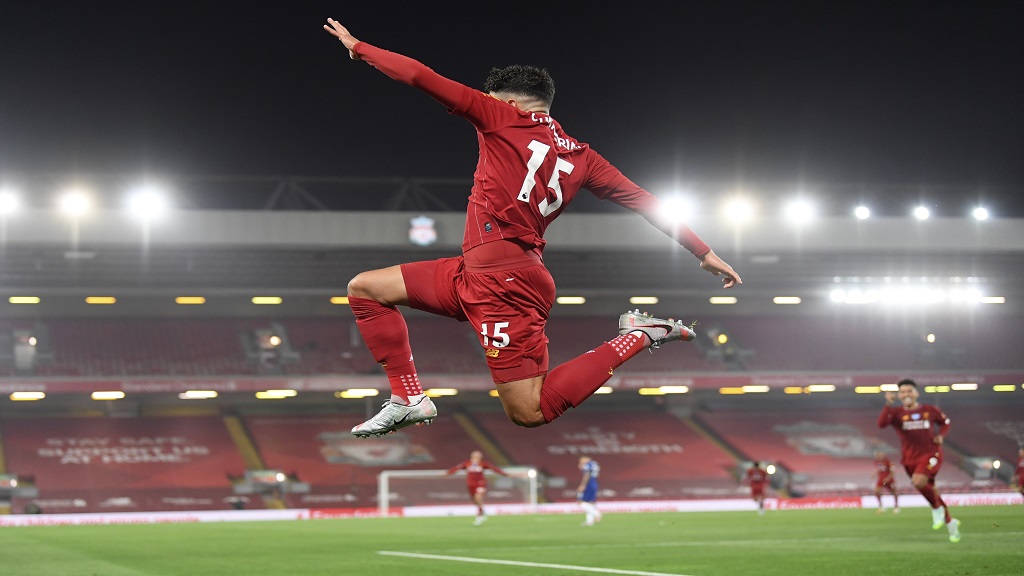 But Liverpool had the final say with a goal that showed just why they are champion again with an 18-point lead heading into the final day.

It came from a counterattack launched after Chelsea had a free kick near the Liverpool penalty area. And it was launched by 19-year-old Liverpool-born Curtis Jones, who was brought on to make a fifth league appearance that ensures he would collect a winners' medal.

Sadio Mane then fed Andy Robertson who skipped past Jorginho before rampaging down the left flank and feeding Oxlade-Chamberlain at the back post to fire into the net.