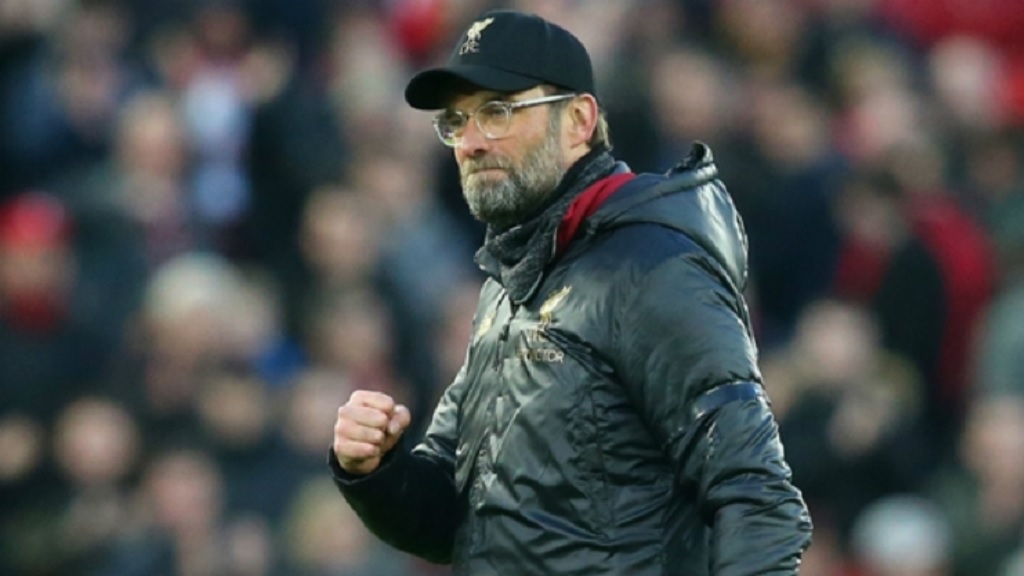 Jurgen Klopp is confident Liverpool will deal with any bumps in the road in the Premier League title run-in as they are not expecting to have everything go their way.

With seven matches of the season remaining, the Reds lead the table by two points - although champions Manchester City, in second place, have a game in hand.

Returning from the international break, Klopp's men face Tottenham and the Liverpool boss is wary that Sunday's visitors to Anfield could swiftly end talk of winning every remaining fixture.

Yet Klopp says his side are prepared for setbacks and will push City all the way as they look to end a 29-year wait for the title.

"I'm OK, I'm good, all good," he told a news conference of his mood. "I wanted to have this situation. It's brilliant. Now we work.

"It's nothing to think about - I don't think back or too far ahead. The boys came back, we train, we do the session, we are happy with the session or not, whatever happens, then you go into the games.

"I know how difficult these games are. We're in a moment where people think about us, 'we have seven games so we have to win all of them because City will win all of them' - and then we face Tottenham.

"Why should we give Tottenham an advantage and say, 'we have to win, maybe you're happy with a point'? It's just an open game before it starts.

"We have to make sure we're really ready for that - not going nuts, accepting that we will have problems in the football games, like we had at Fulham [a 2-1 win].

"In all the living rooms in the world where Liverpool fans were sitting, when there was this wonderful goal of Ryan Babel, at that moment who thought, 'yeah we will be champions at the end of the season'?

"But these moments will be there in the next seven games and, hopefully, in five Champions League games. That's how it is. We have to be ready to solve that.

"If we expect no problems then we will be really surprised. But if we know that we will have some, we are prepared for that. Let's face the problems and use the opportunities.

"Fight for each yard on the pitch, use each fibre of your body and go. That's it."

Klopp says Liverpool are in confident mood but admits City are likely to be similarly optimistic.

"Belief in something makes it more likely to happen - 100 per cent," he said. "The problem is I'm fairly sure Manchester City believe in themselves as well."