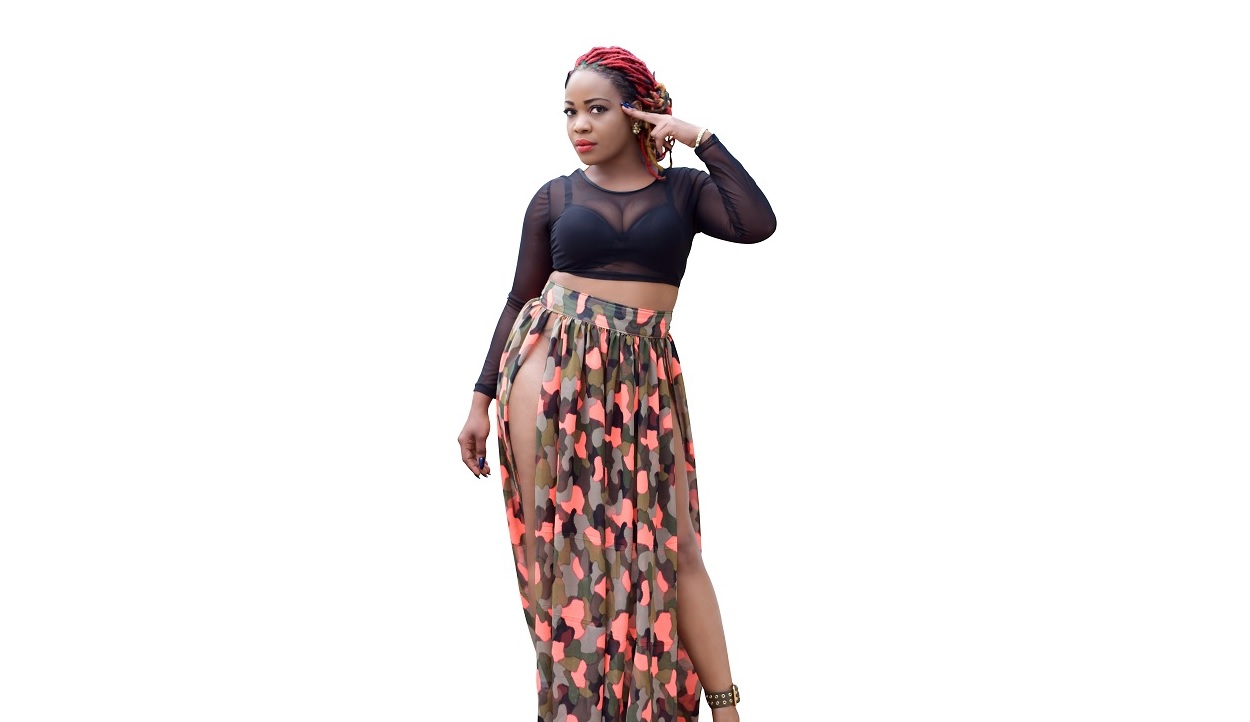 Dancehall singjay Lipstyck is all smiles these days as her breakout song, 'OMG' crested the one million view mark on video sharing site, Youtube, earlier this month. She believes it is an important milestone in her music career.

"I am so overwhelmed that OMG hit one million views, he response from my fans online has been phenomenal. It feels great because I have great chemistry with St Owen Records and I am so excited, I am ready to do it again," the artiste whose real name is Saphire Francis, said.

She grew up In Spanish Town the Brunswick Avenue area where she attended Ensom City All Age and then Bog Walk High. After graduating, she did few courses and became a certified cosmetologist and a nail technician. But music remained her true north.

At the age of 17 she started visiting different studios meeting new people. She enrolled at the Edna Manley School of Music. She began to spread her wings, doing radio jungles. She landed a gig as one of the back up singer with a group of other students from Edna Manley college for dancehall superstar "Shaggy" at a reggae award show. Not long after, she landed opening act gigs for  "Pinchers" and "Sanchez". But then in her sophomore year at Edna Manley School of Music, life happened...she got pregnant.

She took a few years off and weighed her options.

"I am very patient because I believe in myself, even if I have to stop and take five years to make it in music, I will take the time and keep going, when one door closes, another opens," she said.

She did not return to complete her degree but continued to write songs and hone her craft and in 2013, she released her first professionally mixed and mastered studio song "You and Me" on the 'Savali' riddim in 2013 for Digital Vibez Entertainment, a local-based label. She continued to fine-tune her stage craft doing road shows for IRIE FM and HITZ92FM.

She caught the eye of the dynamic duo RDX and she began to began to work closely with them, re-branding herself as Lipstyck. In January 2016, she released the singles, 'Drunk AF', and another one, the suggestively named 'Inches', both under RDX's Apartment19 Music label.

However, she never signed to RDX, and then formed a partnership instead in late 2016 with St. Owenz Records. Over the next  two years, she released a battery of songs such as  'Unstoppable Warrior' (2016), 'You're so hot/ Tempting' (2017), 'Secret' feat Netherlands-based artiste B3nji (2018), before getting her big breakthrough with "OMG"(2018).

"I am so excited about the possibilities of what the future holds, there is interest in me doing shows in Europe and the US," she said.

In the meantime, the stunner with the colourful red hair and perky personality is taking lessons in piano and guitar to further hone her skills.

"Right now, I am getting ready for all the world has to offer in music," she said.