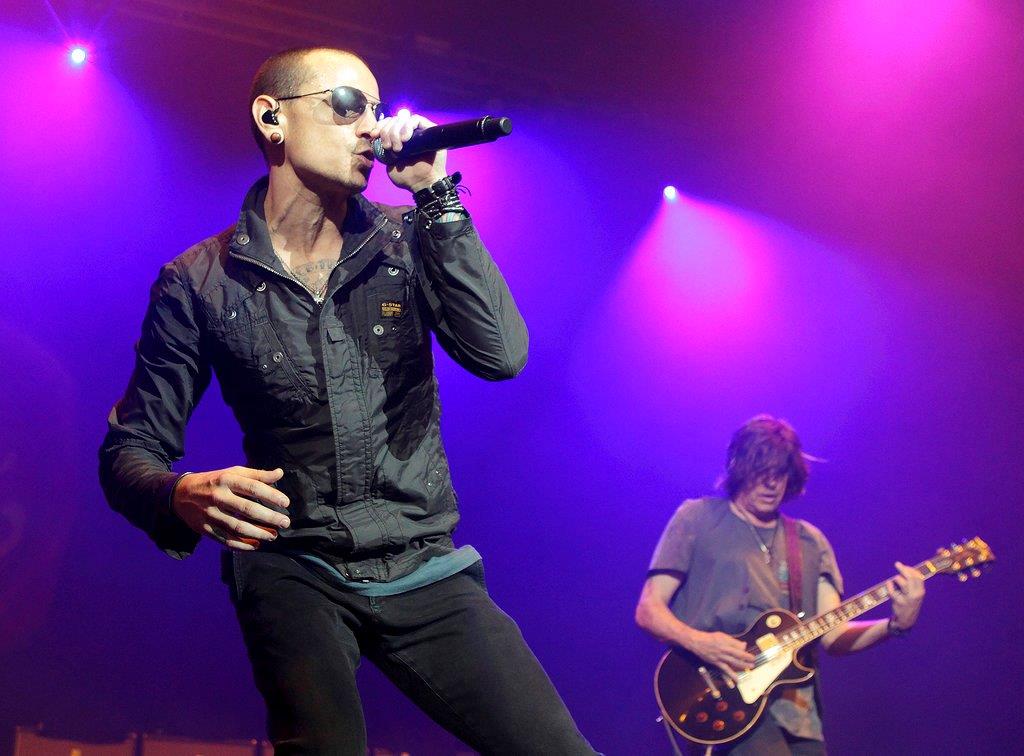 In this May 16, 2015, file photo, Chester Bennington, left, performs with Linkin Park during the MMRBQ Music Festival 2015 at the Susquehanna Bank Center in Camden, N.J. Warner Bros. Music announced on Sept. 18, 2017, that Linkin Park will play play a one-night-only concert on Oct. 27 in tribute to late lead singer Chester Bennington, who killed himself in July. (Photo by Owen Sweeney/Invision/AP, File)

Warner Bros. Records says the show will take place at the Hollywood Bowl in Los Angeles on Oct. 27.

It's the first time that Linkin Park will perform since Bennington's July 20 death.

Warner Bros. says individual band members intend to contribute their fees from the show to Music For Relief in memory of Bennington.

The band has also released its video for "One More Light," the title track from its latest album. The video features Bennington singing and archive footage.

The band's co-vocalist Mike Shinoda says in a statement that the song is about "sending love to those who lost someone."