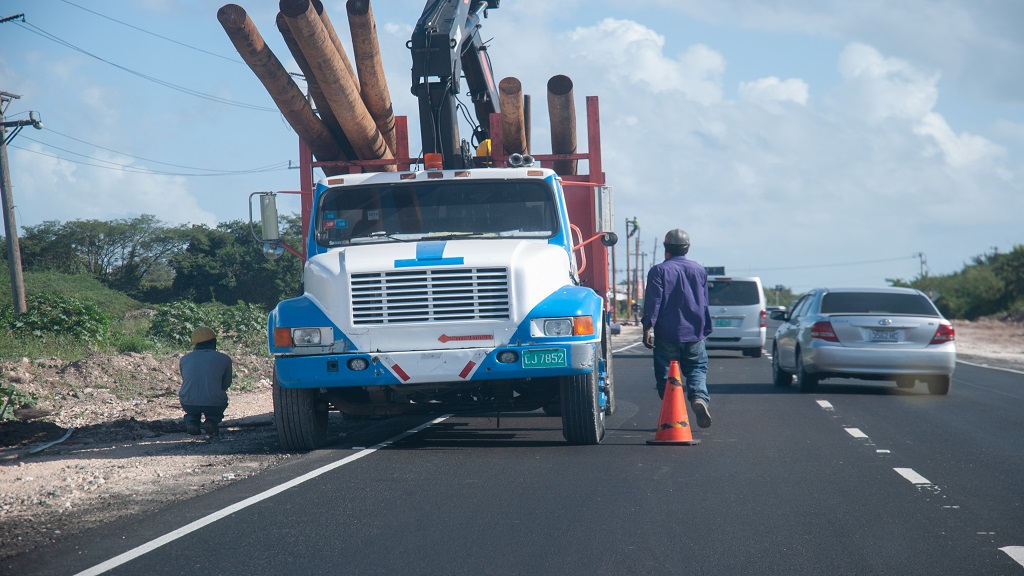 Concerns about lack of lighting along the new Three Miles bypass road in St Andrew should soon be laid to rest.

This as a contracted team on behalf of the Jamaica Public Service Company (JPS) was seen mounting light poles along the thoroughfare on Thursday.

Extending from Marcus Garvey Drive in the vicinity of the Tinson Pen Aerodrome, to Chesterfield Drive off Spanish Town Road on the edge of Seaview Gardens, the bypass road was opened on December 2 to enable timely travel around the Three Miles area where major bridge works is under way by China Harbour Engineering Company (CHEC).

The Three Miles intersection is now closed to vehicular traffic.

However, both before and after the opening, there were concerns expressed by motorists about the absence of lighting on the roadway, which runs along a lonely stretch that is devoid of any household.

With no clear indication of plans for lighting on the roadway and definite evidence of the need for the utility service at nights since the opening of the route, it was a refreshing sight on Thursday as the work crews drilled holes and mounted wooden poles along the way. 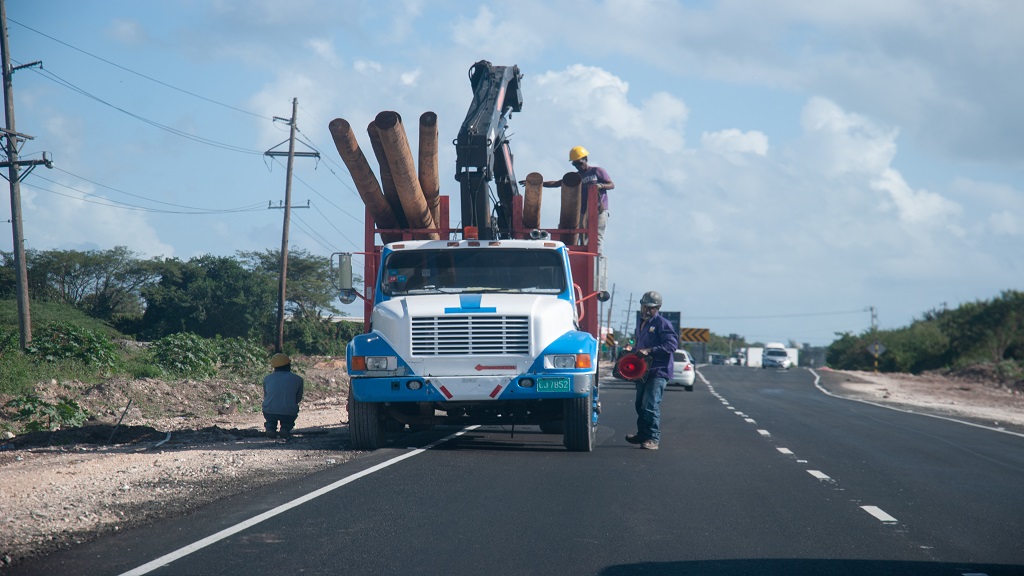 Based on the marked outlines, it was also noticeable that the light poles were being mounted fairly close to each other, which should result in a well-lit corridor.

Naturally, Loop News captured some of the action, which is pictured herein. 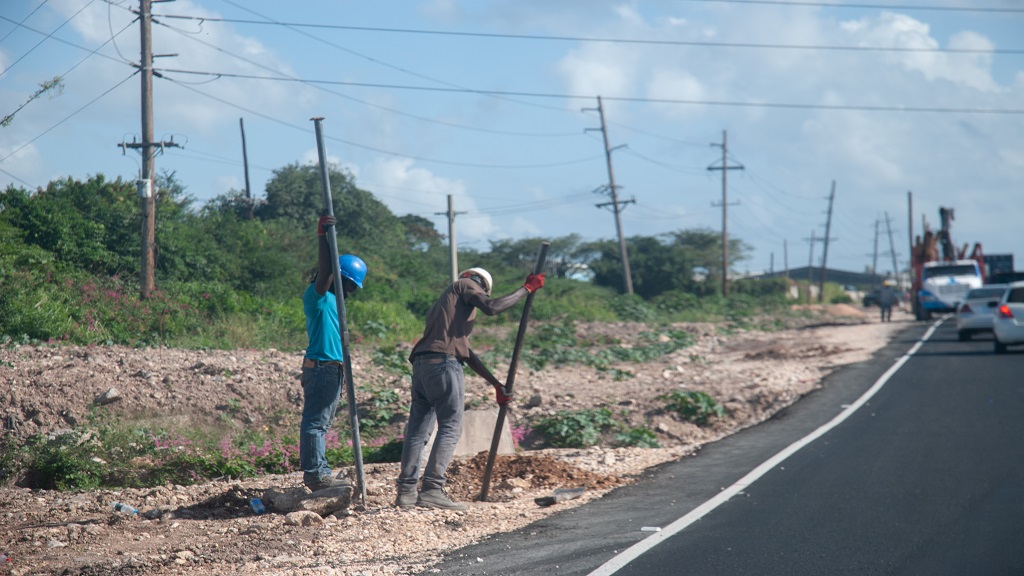 The new roadway is part of the Government’s overall road development and traffic management programme, which Senior Communications Officer at the National Works Agency (NWA), Ramona Lawson, said was undertaken out of the need to redistribute traffic from the Three Miles area to facilitate the ongoing bridge construction works there.

“It has taken off a tremendous amount of traffic from the Waltham Park and the Olympic Way areas… so it’s having an all-round (positive) effect on motorists who are originating west of Six Miles and going to various locations in and around the city,” Lawson indicated earlier this week.

The road accommodates two-way traffic and has been signalised at two new locations – Pacific Boulevard and Marcus Garvey Drive – to effectively manage the increase in traffic.

The thoroughfare is also marked to guide the transition from Spanish Town Road and Marcus Garvey Drive, and is outfitted with road and safety signs.

The US$1-million project was funded under the Major Infrastructure Development Programme (MIDP). It involved the construction of a 1.5-kilometre new corridor between Chesterfield Drive and Marcus Garvey Drive, as well as drainage improvement works and the rehabilitation of a 700-metre section of Chesterfield Drive to include the installation of 1.5-metre-wide sidewalks.