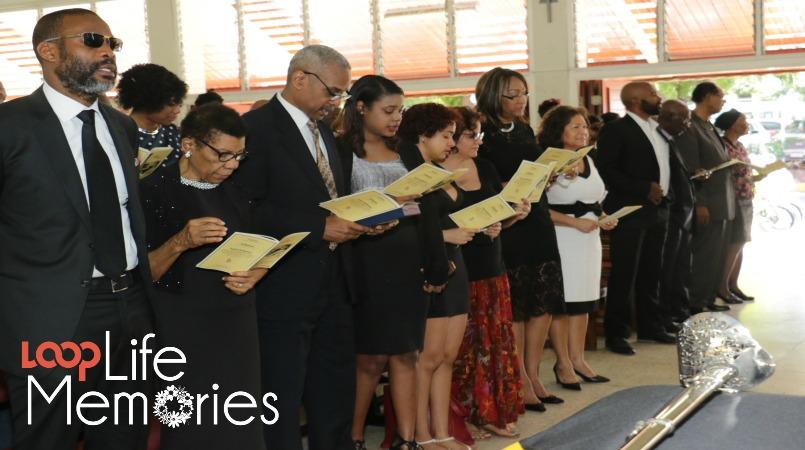 The thanksgiving service to remember the life of Sinclair was held at the Boulevard Baptist Church in Kingston.

"Dignified", "principled", "a committed person" and "gentle giant" were a few of the ways top ranking members of the Jamaica Constabulary Force (JCF) described the retired officer, as they reflected on his over 40 years of service to his country.

Acting Commissioner of Police, Novlette Grant, during her address, said: "He was someone we all looked up to in the Constabulary."

Assistant Commisioner of Police, Devon Watkis, in his address, remembered Sinclair as humble.

"I had the privilege of serving with DCP Sinclair. He was humble, meek and effective," said Watkis, as he added to the list of persons who gave glowing tributes about Sinclair.

But, perhaps the most touching of the tributes came from Wayne Sinclair, the son of the late officer.

Wayne, who is the executive director of GSW Animation, said of his father as he fought back tears: “Look up the words discipline and dedication, and you would see a picture of pops.”

He also spoke of how his father's contribution as a parent made both himself and his more famous sibling Garry, the president of Flow Caribbean, better individuals.

"He was honest to a fault, trust worthy, incorruptible, a truly distinguished gentleman of the highest order," Wayne said.

LIFE MEMORIES is a weekly feature on Loop celebrating the lives of those who have recently passed.