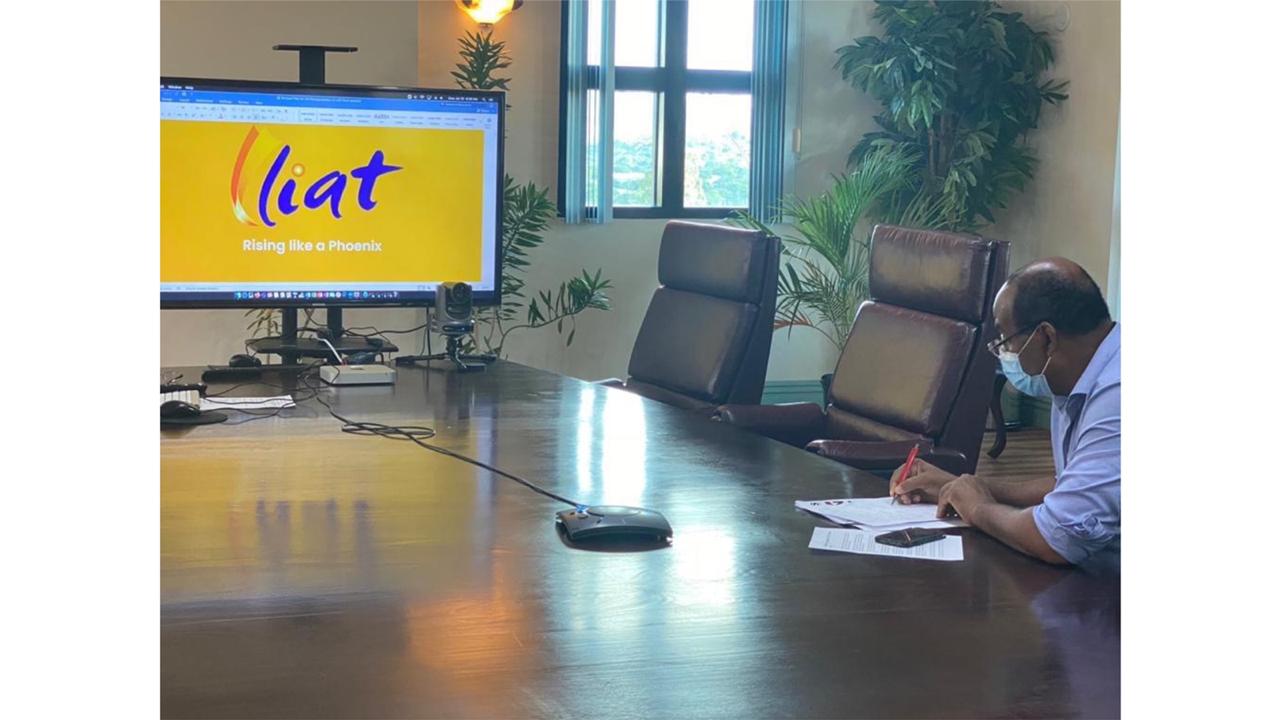 Prime Minister Gaston Browne seems to have been successful in his quest to halt the liquidation of LIAT, at least for now.

After a meeting with shareholders on Monday, a decision was taken that could see the airline take to the sky in as little as 60 to 90 days.

PM Browne said on Tuesday his colleagues now understand the significant merit of the reorganisation plan proposed by his government.

He said the tone of the meeting was respectful and interventions were heard.

“We came to the consensus that we should sell the three planes that are owned by LIAT and charged to the Caribbean Development Bank. What that will do, that will help eliminate the debt from LIAT’s books for those planes and in addition, the proceeds will be utilised to pay down the loan even though there would be residual value. The governments will continue to make a payment on the residual value after the proceeds of the planes are applied to the loans at the Caribbean Development Bank,” he said.

Prime Minister Browne said the decision to take further steps to save the cash-strapped airline is cause for celebration, but they aren’t out of the woods yet and still have to proceed with caution.

He said immediate steps will be taken to appoint an Administrator who will then be tasked with presenting the plan for the reorganisation of LIAT to the court within a matter of weeks.
“If the Administrator fails to get the haircut from the various creditors then LIAT will still be faced with liquidation, so the company is not out of the woods yet.”

PM Browne congratulated his colleagues for taking what he described as a critical step towards saving the regional airline.

He said: “One of the interesting things coming out of the meeting is that both Barbados and St Vincent and the Grenadines have agreed to transfer their shares to Antigua and Barbuda for the sum of $1 each. The aggregate shares that would be transferred to Antigua and Barbuda would be around 60 percent between the two governments, so I think that’s a responsible proposition.”

The Antigua and Barbuda Prime Minister further noted that as it relates to raising the capital needed to keep LIAT alive, the challenges have just begun.

“Raising the capital and keeping LIAT alive will be far more challenging than the little battl that we had there to get St Vincent and the Grenadines and Barbados to surrender the shares so that we could move forward. No one should really gloat about this. I would say if anything that both Prime Minister should be complimented for the fact that they have seen the need to cooperate with Antigua and Barbuda, recognising how important LIAT is to the wider Caribbean.”

PM Browne said they are not daunted by the challenges ahead and remain confident that they will raise the capital needed to restore the airline’s profitability and sustainability.

He said the aim is to have LIAT employees return to work as soon as possible, he did note however that the proposed plans would only work by cutting severance payments by 50 per cent reducing the amount owed to other creditors.

Antigua and Barbuda PM unveils plan to save LIAT