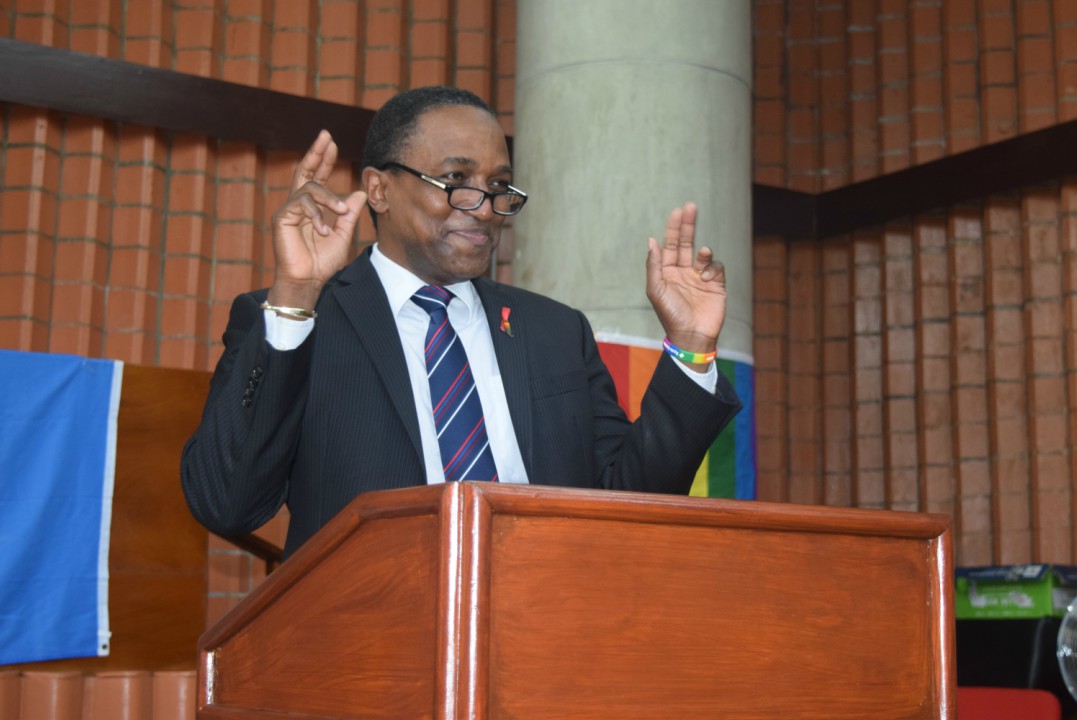 Maurice Tomlinson works to promote the human rights of people living with, at risk of or affected by HIV or AIDS, in Canada and internationally.

Also Section 12 which criminalises “serious indecency,” defined in the SOA as any act by anyone “involving the use of the genital organs for the purpose of arousing or gratifying sexual desire.” The maximum penalty is 10 years in prison if the act is committed on or towards a person aged 16 or older; the penalty is higher in the case of a person under the age of 16.

Tomlinson made his call as he stood alongside Alexa Hoffmann, a trans Barbadian woman who, along with a gay man and a lesbian, earlier filed a petition against Barbados before the Inter-American Commission on Human Rights (IACHR), challenging laws criminalising “buggery”.

Tomlinson said regional and international research confirms how these statutes not only criminalise LGBT people but also contribute to discrimination and other abuses against them.

He says they create barriers to LGBT people’s access to health services, including effective HIV prevention, treatment, care and support interventions and directly contribute to the Caribbean having the second highest HIV prevalence rate after sub-Saharan Africa.

“Barbadian men who have sex with men are particularly vulnerable and have an estimated HIV prevalence rate of 14 per cent, compared to 1.3 per cent in the general population,” he disclosed, noting that this is a public health crisis with significant negative social and economic consequences, which undermine this country’s development.

He further said that although neutral on their face, the previous Barbadian government stated clearly at the United Nations that these laws reflect and retain the intent to criminalize all forms of consensual same-sex intimacy between persons over the age of consent.

And section 9 of the SOA is the worst anti-gay law in the western hemisphere, carrying a máximum penalty of life imprisonment.

According to him, in 2004 Barbados’ current Prime Minister, Hon. Mia Mottley, who was then the Attorney General, commissioned a study on laws that negatively affect the national HIV response.

“She noted then that….a government in a pluralistic society must accommodate and respect the human rights and the dignity of each individual. To that extent, law, which seeks to discriminate in a society whose history has been scarred with the cancer of discrimination, has in fact, to be reformed."

Among other things, he stated the study recommended the repeal of sections 9 and 12 of the Sexual Offences Act.  “The petitioners therefore hope and expect that, given her previous statements 14 years ago, Prime Minister Mottley and her government will  accept that the laws are damaging to the human rights and health of all Barbadians, and particularly LGBT Barbadians, and must be struck down in accordance with Barbados’ national and international human rights obligations,” he asserted.

As a secular democratic state, he is adamant that the rights of Barbadians must be determined in accordance with established legal principles and not religious ideology.

Recommendations to Barbados government for repeal of buggery laws