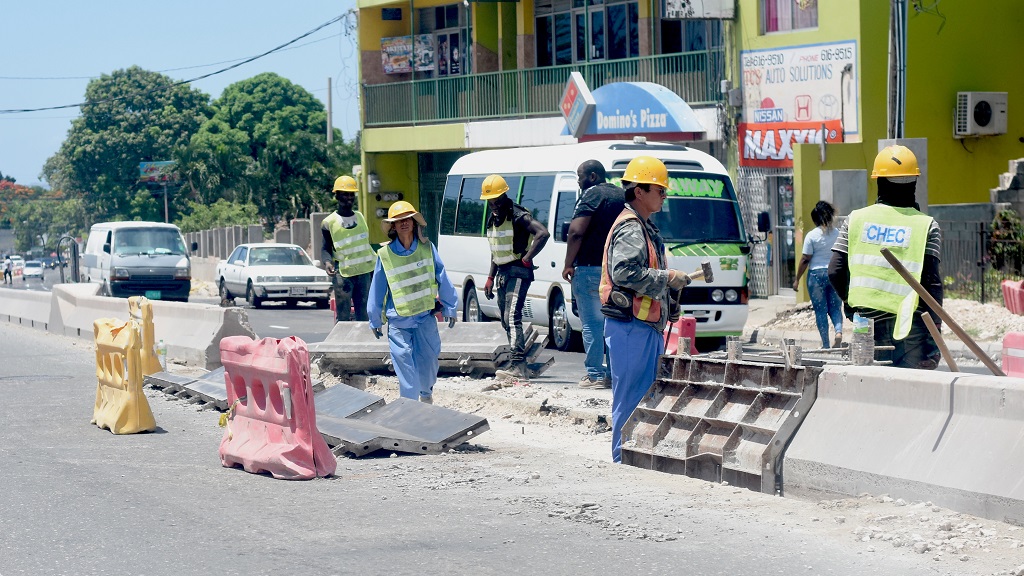 A section of the ongoing improvement work on the Constant Spring Road corridor in St Andrew.

As workmen try feverishly to get things in order for back-to-school, Loop News went out into the streets to get the views of motorists on their grading of the works so far.

Respondents were asked them to grade the roadworks on a scale of 1 to 10, with 10 being most satisfactory.

The viewpoints that emerged were mixed, but the majority of motorists who were spoken to, expressed some positive perspective on the projects, despite the obvious public inconveniences being experienced.

It was midday on Constant Spring Road in the Manor Park area of St Andrew on Friday, and the traffic snarled through in both directions. At the eastern side of the roundabout before Manor Park Plaza, heavy equipment could be seen preparing the roadway for paving. That side of the roundabout was blocked to traffic, resulting in the other side being used for two-way traffic.

In a cramped area that was being used as a bus bay, crews were loading passenger buses for the drive to communities like Lawrence Tavern. One of the bus drivers was positive about the road project, despite the present challenges.

But there were motorists who were not of like mind.

“I give it a naught,” said a woman who complained about the chaos and constant changing of traffic arrangements in the area.

Further down Constant Spring Road in the vicinity of Merle Grove High School, most of the motorists who were spoken to, gave positive reviews of the road works.

However, there were complaints that the manhole covers were too high above the road surface, and were creating hazards, as motorists have been swinging to avoid hitting them, which collectively presents a recipe for accidents.

All in all, there were far more positive reviews than those in the negative.