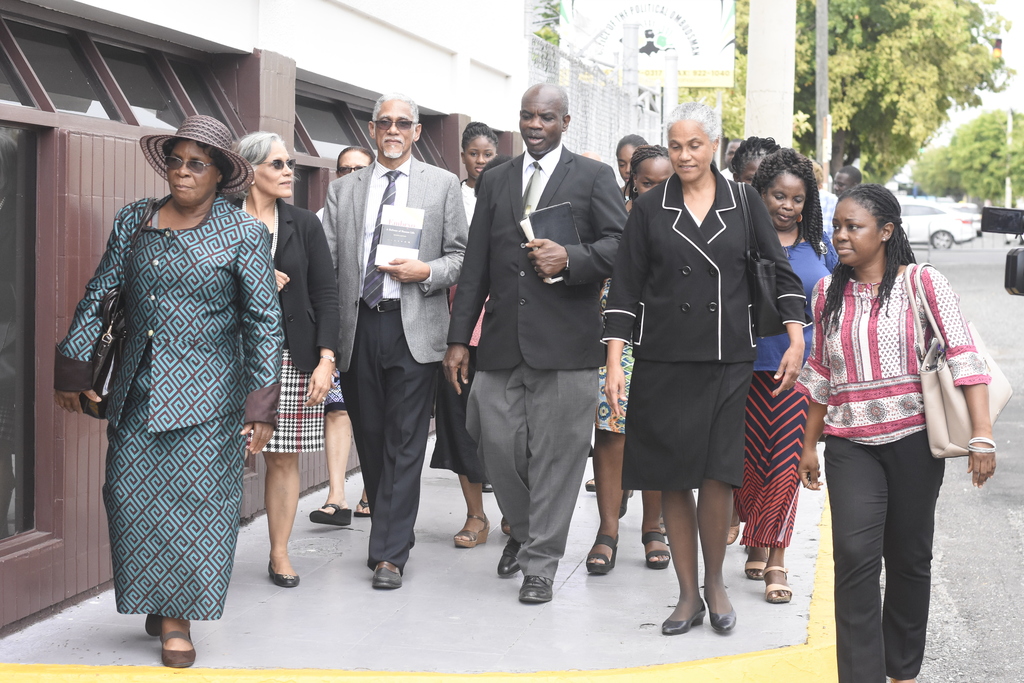 The church leaders from various denominations marched to Parliament on Wednesday to support their members who appeared before Parliament to put forward arguments against the legalisation of abortion.

Church leaders from various denominations, under the banner Jamaica CAUSE, took their anti-abortion stance to Gordon House on Wednesday afternoon, following a five-hour-long abortion symposium at the Jamaica Conference Centre in downtown, Kingston.

The church leaders were invited to make a presentation to a Joint Select Committee at Parliament and assembled a high-profile panel to assist.

Watch the video for what the church leaders had to say.

The church leaders are of the view that abortion causes serious psychological effects on the woman and that it can cause damage to the female body.

Again, at Parliament, with a number of Christian medical doctors in their midst, the church leaders argued that the fetus takes on a life of its own as soon as the man's sperm meets the woman's egg.

The church leaders said they are willing to take the fight against legalising abortion to whatever level needed as they are pro-life and will fight the government or private entities and non-government organisations to ensure that the act remains illegal.