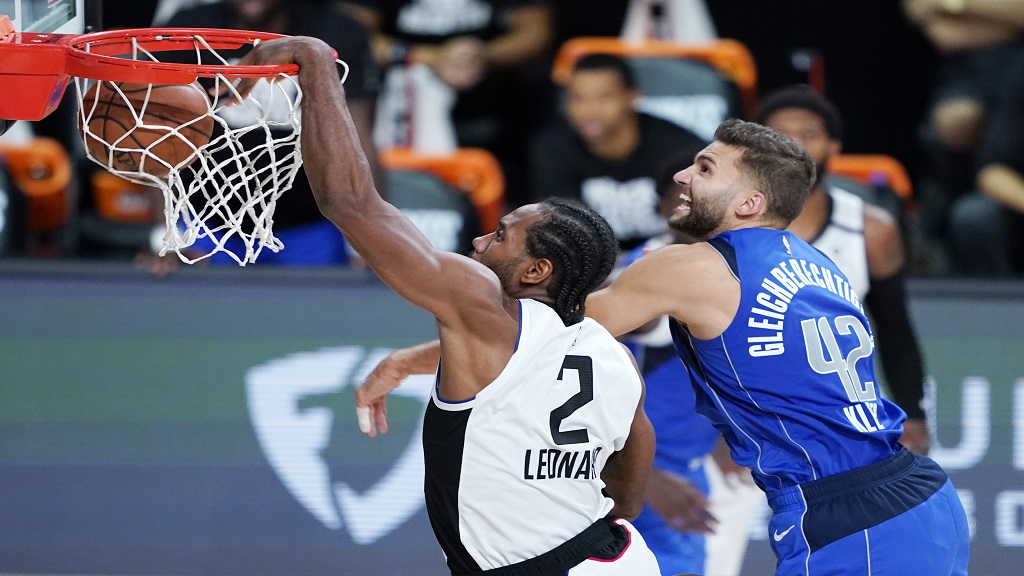 The Los Angeles Clippers took the lead in their series against the Dallas Mavericks, while the Boston Celtics and Toronto Raptors are 3-0 up.

Kawhi Leonard starred as the Clippers posted a 130-122 win over the Mavericks.

Leonard finished with 36 points, nine rebounds and eight assists as the Clippers grabbed a 2-1 lead in the Western Conference first-round series.

Mavs star Luka Doncic had a triple-double of 13 points, 10 rebounds and 10 assists, but also suffered an ankle injury.

Meanwhile, Kristaps Porzingis managed a double-double of 34 points and 13 rebounds, going 11-of-18 from the field for Dallas.

The Celtics and Raptors are each one win away from setting up an Eastern Conference semi-final.

Boston moved into a 3-0 lead over the Philadelphia 76ers thanks to a 102-94 win, while the Raptors beat the Brooklyn Nets 117-92 to be a victory away from advancing.

Kemba Walker had 24 points, eight rebounds and four assists in the Celtics' victory.

The 76ers are on the verge of a first-round exit, but Joel Embiid finished with a double-double of 30 points and 13 rebounds.

Pascal Siakam's 26 points helped the Raptors to their comfortable win.

A double-double of 24 points and 14 rebounds from Rudy Gobert helped the Utah Jazz past the Denver Nuggets 124-87. The Jazz lead the Western Conference first-round series 2-1.

Garrett Temple struggled for the Nets. The forward was two-of-12 from the field, managing just five points in nearly 36 minutes.

Having drawn level in the Western Conference first-round series, the Los Angeles Lakers face the Portland Trail Blazers in Game 3 on Saturday.