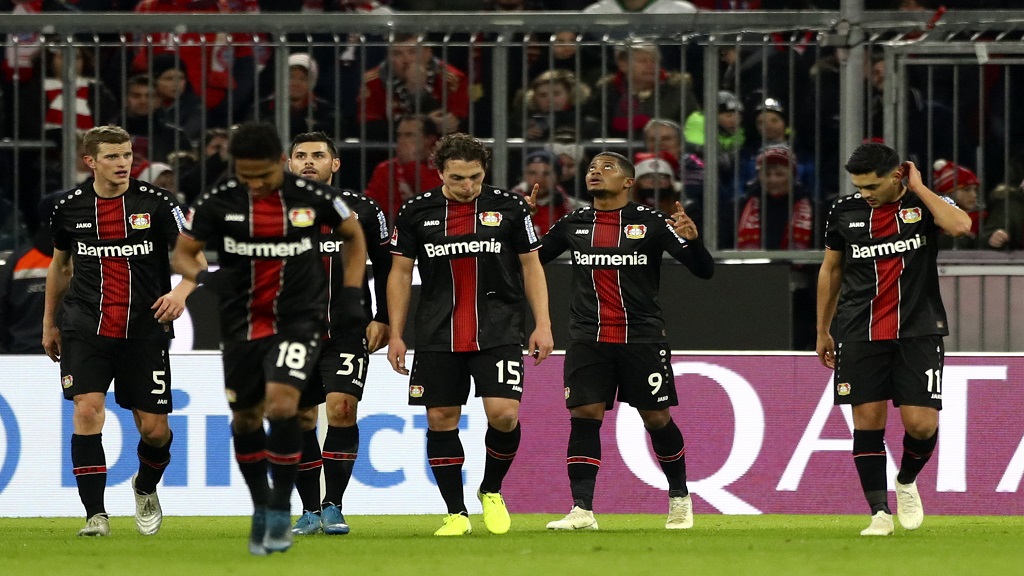 Bayern Munich lost at home to Bayer Leverkusen 2-1 in the Bundesliga on Saturday for its first defeat under interim coach Hansi Flick.

Jamaican forward Leon Bailey scored twice to end Flick’s four-game winning start across all competitions and deny the seven-time defending champion the chance to join Leipzig at the top of the league.

Bayern’s third defeat left the side three points back in fourth place, a point behind Borussia Mönchengladbach, which can go four points clear of the Bavarian powerhouse with a win at home against Freiburg on Sunday.

Bailey’s 10th-minute opening goal for the visitors was the first Bayern conceded since firing Niko Kovac four weeks ago. Bayern racked up 16 of its own goals in the meantime to give Flick the best ever start for a coach at the club.

“There wasn’t a lot missing, there was more in the game for us,” said Bayern captain Manuel Neuer, whose team twice struck the post and once the crossbar. “We have to score the goals, that was missing.”

Serge Gnabry hit the post before Kevin Volland took advantage of a mistake from Canadian teen Alphonso Davies to set Bailey through, and the Jamaican forward stayed cool before shooting inside the bottom corner.

Thomas Müller pulled one back in the 34th, but Bailey replied with his second on a counterattack a minute later after playing a one-two with Volland.

Bayern should have equalized again before the break with Serge Gnabry, Ivan Perisic and Müller all through on goal. Gnabry in the center opted for Perisic to his left and Leverkusen captain Lars Bender got back to deny the Croat with a goal-saving tackle.

Leon Goretzka struck the post in the 77th, five minutes before Leverkusen defender Jonathan Tah was sent off for bringing down Philippe Coutinho.

Robert Lewandowski struck the underside of the crossbar in injury time. It was the second consecutive Bundesliga game in which the Poland star failed to score after grabbing goals in each of the first 11.