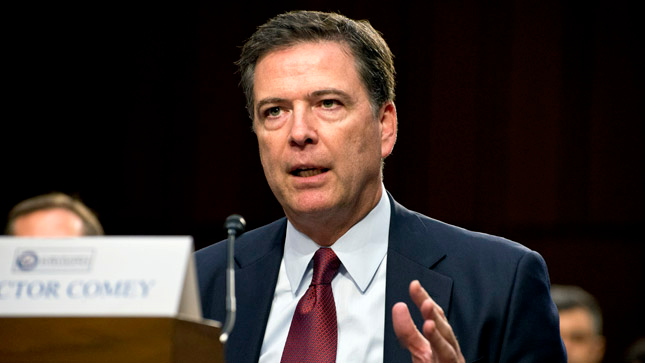 Seen in the kindest light, legal experts say conversations attributed by the fired FBI director to President Donald Trump were clumsy and inappropriate. In the worst light, James Comey’s recollections could provide enough evidence to build a case that the president tried to interfere with a criminal investigation.

Released Wednesday, a day ahead of Comey’s highly anticipated testimony to a Senate committee, the remarks detail a series of conversations between the men about the investigation into contacts between the Trump campaign and Russia, and Comey’s discomfort with the interactions.

Experts say the most damning statement in Comey’s written testimony concerns former National Security Adviser Mike Flynn, who was under investigation for making false statements about contacts with Russian officials.

Trump asked Attorney General Jeff Sessions and other top government officials to leave the Oval Office on Feb. 14 before urging Comey to drop the investigation of Flynn. “I hope you can let this go,” Trump said, according to Comey’s testimony.

Ryan Goodman, a New York University law professor, called that statement “the most devastating revelation” in Comey’s testimony. The former director “is now on record saying that the president tried to impede the investigation of Flynn,” Goodman said.

Julie O’Sullivan, a former federal prosecutor who teaches at Georgetown University’s law school, said Trump’s decision to clear the room before talking to Comey is evidence that suggests that Trump “was aware that what he was doing was a problem.”

Trump has previously denied that he told Comey to end the investigation.

Obstruction of justice is a federal crime, though it’s an open question whether a sitting president can be prosecuted. It’s also an impeachable offense, though Republicans who control Congress are extremely unlikely to go after a president of their own party.

But a former FBI official and a prominent Washington, D.C., law professor said they don’t see a crime in what Comey reported that Trump said. Instead, the document reveals a president woefully ignorant of standard protocol and of the historic wall of independence between the FBI and the White House, an inexperience that could work in his favor and make his actions simply improper instead of actually illegal.

“I think the request is inappropriate,” said Andrew Arena, a retired senior FBI official. “Whether it crosses that threshold to being criminal, I’m not there yet.”

Jonathan Turley, a law professor at George Washington University, said nothing he read in Comey’s statement convinces him that Trump violated the law by interfering with a federal investigation. “Sounding like Tony Soprano does not make you Tony Soprano,” Turley said. “We do not indict people for being boorish or clueless.”

COMEY TO CONGRESS: President Trump told him 'I need loyalty'