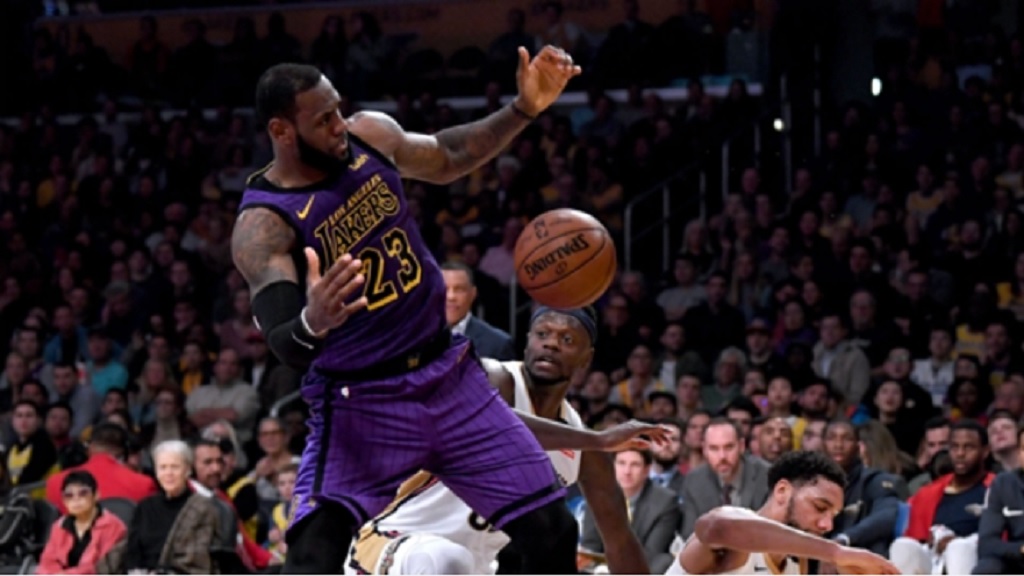 The Los Angeles Lakers got the better of the Pelicans on Friday as they claimed a 112-104 victory over New Orleans at the Staples Center.

LeBron James and Anthony Davis were questionable for the matchup with illnesses, but both ended up playing.

James showcased his all-round game, but was especially effective as a distributor.

Lauri Markkanen scored 32 points and made four three-pointers to help the Bulls beat the Magic 90-80.

D'Angelo Russell scored three points on one-of-eight shooting in the Nets' 114-106 loss to the Pacers.

Terry Rozier scored four points on one-of-seven shooting as the Celtics fell short to the Bucks 120-107.

Miles Bridges brought the ball behind his back to split the defense for a lefty finish at the basket in the Hornets' 98-86 win over the Pistons.

The last time these two teams met, they were close until Toronto pulled away in the fourth quarter to claim a 113-102 victory. Leonard and Jimmy Butler put on stellar offensive performances, combining for 74 points in the matchup. This next matchup should make for an equally exciting game.