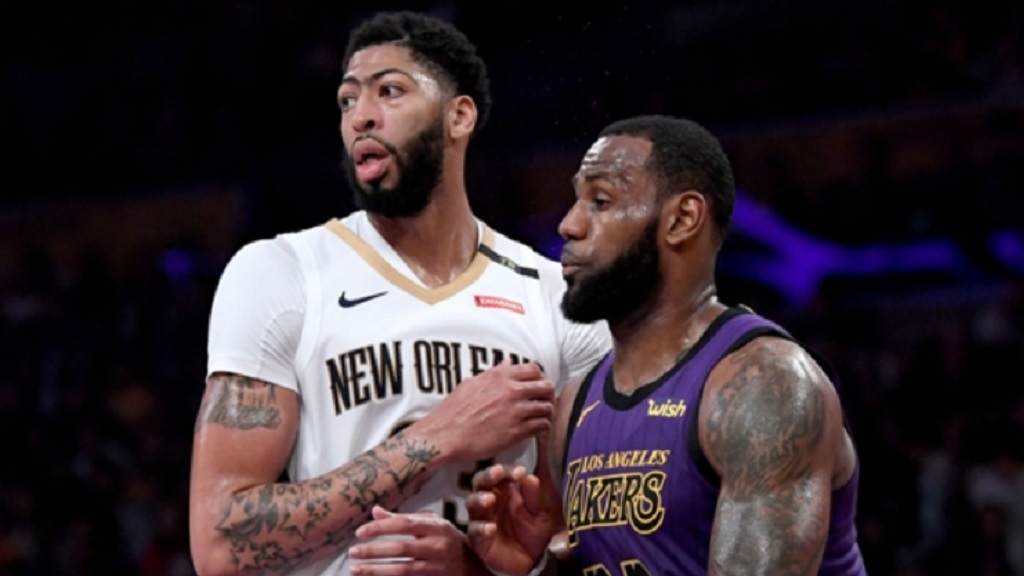 LeBron James has reportedly given Anthony Davis a welcome gift at the Los Angeles Lakers - his iconic number 23 shirt.

Davis is widely expected to join the Lakers next week in a trade from the New Orleans Pelicans, joining James, who left the Cleveland Cavaliers for Los Angeles last year.

James wore the 23 shirt last season and throughout two stints with the Cavaliers, but it is said he will present Davis with the number, which he also held with the Pelicans.

Four-time NBA MVP James wore the six shirt while with the Miami Heat.

News of the gift to Davis came shortly after claims the Lakers traded Mo Wagner, Isaac Bonga and Jemerrio Jones, along with their 2022 second-round pick, to the Washington Wizards to clear cap space.

With Davis seemingly set to decline his $4million trade kicker, the Lakers would be left with $32m to bring in another player on a max deal.

One option would be Kawhi Leonard, the inspiration behind the Toronto Raptors' championship win, and separate reports on Thursday suggested he will meet with both the Lakers and the Los Angeles Clippers.