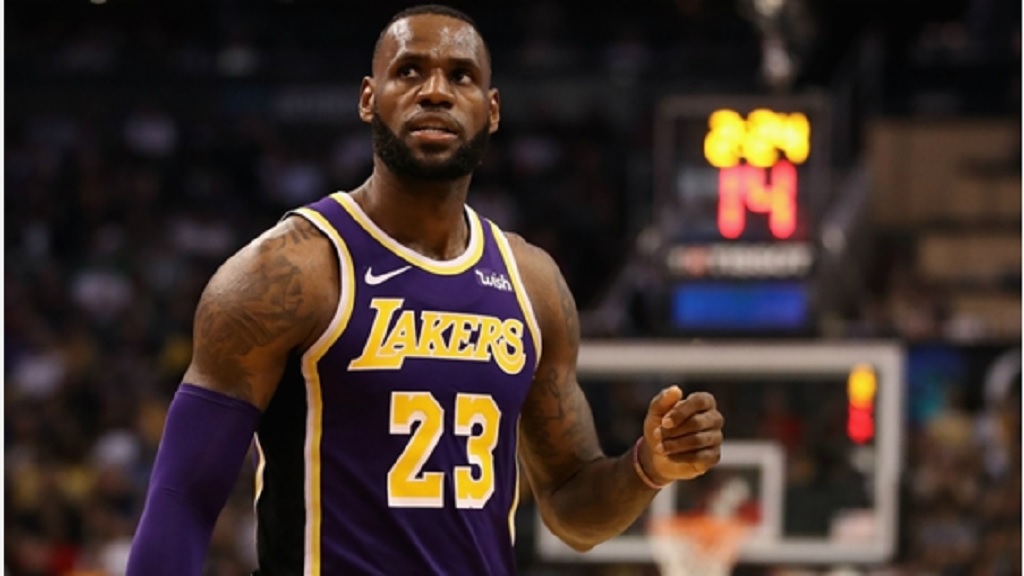 LeBron James reached another milestone in the NBA as he helped the Los Angeles Lakers beat the Portland Trail Blazers on Wednesday.

But it was what he did with his 39th point that mattered.

With an and-one in the fourth quarter, James scored the 31,420th point of his career, passing Wilt Chamberlain for fifth place on the all-time scoring list.

Jimmy Butler is a very good player, he just was not good enough to prevent the 76ers from losing in his debut with the team.

Philadelphia fell to the Magic 111-106 as they blew an 11-point lead at the end of the third quarter in the loss. Orlando went on a 21-0 run in the fourth quarter which, according to ESPN, is the second largest unanswered run by a team this season.

Butler finished with 14 points on six-of-12 shooting in the loss and just six points after the first quarter. Joel Embiid tallied his first career triple-double in the game, but he had just 19 points on six-of-20 shooting to go with 13 rebounds and 10 assists.

Meanwhile in Minnesota, the Timberwolves moved to 2-0 since Butler was traded to the 76ers.

Karl-Anthony Towns scored 20 points and added 10 rebounds in the first half alone as Minnesota took down the Pelicans 107-100. He finished with 25 points and 16 rebounds.

E'Twaun Moore had a game-high 31 points on 13-of-23 shooting in the loss for the Pelicans.

Thunder forward Paul George scored 35 points on 13-of-22 shooting while adding seven rebounds, five assists and two steals in a 128-103 win over the Knicks.

Bucks forward Giannis Antetokounmpo had a game-high 31 points to go with nine rebounds and four assists, but Marc Gasol finished with 29 points and five rebounds while going six for 12 from three-point range in the Grizzlies' 116-113 win over Milwaukee.

Pistons forward Blake Griffin had 30 points and 12 rebounds as Detroit got new head coach Dwane Casey some revenge over the Raptors in a 106-104 win. It was Casey's first matchup against the team that fired him this offseason.

It was Reggie Bullock, though, who made Casey's day with a game-winning shot at the buzzer.

Jazz forward Jae Crowder went two-of-12 shooting, including one of nine from three-point range, in a lopsided 118-68 loss to the Mavericks.

It is a rematch of the Western Conference finals from last season and both teams come in with odd situations. Stephen Curry is out for Golden State (12-3) while Draymond Green will presumably be back from suspension after he got into it with Kevin Durant in a loss to the Clippers on Monday. The Rockets (6-7), meanwhile, are still trying to find their footing this season, but they do come into the game having won five of their last seven games.

Embiid saves 76ers in overtime to down Hornets