LeBron: Lakers determined to bounce back after road streak ends 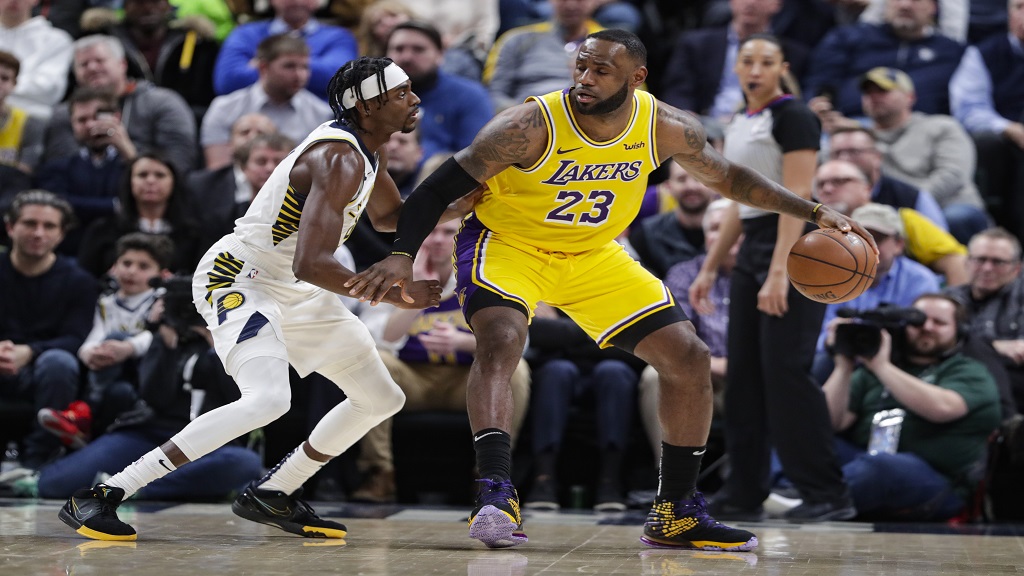 An upbeat LeBron James outlined the Los Angeles Lakers' determination to bounce back against the Milwaukee Bucks after their long winning streak on the road was ended by the Indiana Pacers.

The Lakers had won 14 games in a row away from their home court, but went down 105-102 to the Pacers on Tuesday in the absence of Anthony Davis (ankle) as Domantas Sabonis contributed 26 points and 10 rebounds.

Next up for James and his team-mates is an eye-catching clash with the Bucks in Milwaukee on Thursday - a contest between two teams boasting 24-4 records, comfortably the best in the league.

Asked about the challenge of keeping the team's energy up in what will be their 12th away game out of 15, James told reporters: "That's what we're trying to do - it feels like we've been on the road all year and we have one more game on the road and we pride ourselves on trying not to lose two in a row, so we want to come back on Thursday in Milwaukee and play Laker basketball."

Reflecting on the Lakers' loss to the Pacers, which was sealed when Rajon Rondo missed a deep three-pointer as the buzzer sounded, James added: "We kept our composure [throughout the winning streak], and we did that tonight too. We still had an opportunity to win the game, we just didn't.

"Sometimes the ball doesn't bounce your way, which is ok. That's how it is.

"We just didn't execute the [final] play to a tee."

While the Lakers' meeting with the Bucks will attract plenty of attention given both sides' form this season, James - a three-time NBA champion and Finals MVP - rejected the suggestion Thursday's game will be "special".

"I'm 17 years in. A regular-season game like that, it's just two teams that are trying to continue to get better and better, but no, it doesn't feel special," he explained.