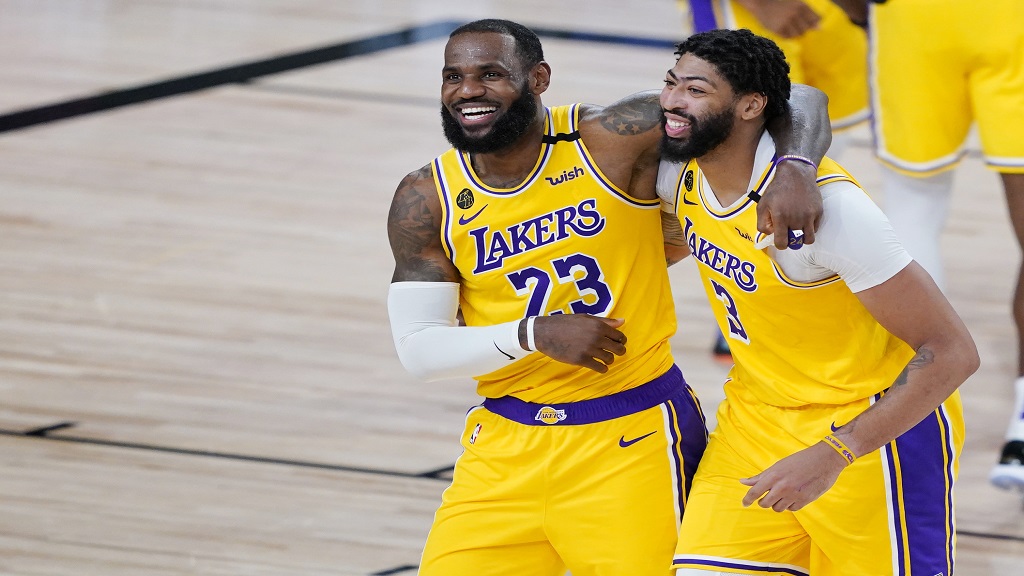 LeBron James outlined the importance of Kyle Kuzma to the Los Angeles Lakers in their bid to be crowned NBA champions this year.

Despite James and Anthony Davis being on the floor, Kuzma was the hero for the Lakers on Monday, hitting a three-pointer inside the final second that clinched a 124-121 win over the Denver Nuggets.

Kuzma finished with 25 points and said after his game-winner: "Jesus could be in front of me and I'd probably still shoot".

Such confidence could be crucial in the coming weeks, with James making clear how the Lakers will need more than just himself and Davis to prevail in the playoffs.

"In order for us to win a championship, he [Kuzma] has to be our third best player," James told the media.

"If I'm struggling or AD is struggling, he has to be our second best player on any given night.

"We can't win a championship if 'Kuz' doesn't play well."

The Lakers have already wrapped up the number one seed in the Western Conference, yet James insisted there is still work to do in the Orlando bubble to be ready for what is to come.

Asked during his post-game media call where, on a scale of one to 10, he ranked the Lakers in terms of being playoff ready, he replied: "I don't know, I don't think we're a 10. We shouldn't be a 10, because there is different type of preparation that goes into a playoff game.

"You spend hours and hours on teams, because you know you're going to be locked into them for at least four games.

"During the regular season, or throughout these eight games, you really only have a day, sometimes not even a full day, to lock in on a team and start preparing for the next one.

"As far as the mental side of it, I don't think I'm there and I'm not sure our team is – but we will be.

"It's a different type of mindset you have to be in, but you don't want to jump into it before you're actually there."