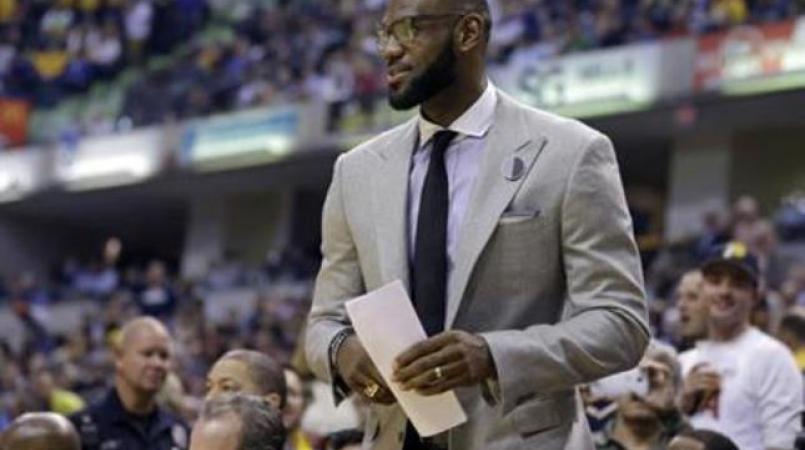 LeBron James is giving back to a champion who shaped his life.

The Cavaliers star is donating $2.5 million to support an exhibit honoring Muhammad Ali exhibit at the Smithsonian National Museum of African American History and Culture in Washington.

"Muhammad Ali: A Force for Change" opened in September to honor the legacy of the boxing champ, social activist and world ambassador whose contributions transcended the sports world.

"Every professional athlete, regardless of race and gender, owes a huge debt of gratitude to Muhammad Ali," James said. "His legacy deserves to be studied and revered by every generation. I am honored to partner with the Smithsonian to celebrate one of the most influential figures in our nation's history who, along with Jackie Robinson and Jesse Owens, used the power of sports to advance our civil rights."

"I am overwhelmed by the incredible generosity LeBron James has shown," Ali's wife, Lonnie, said. "This exhibit will enable children visiting the Smithsonian to learn more about Muhammad's work outside of the ring, particularly his humanitarian work and stance on social justice for all people."

The exhibit includes artifacts such as Ali's headgear and the training robe worn at Dundee's Fifth Street Gym. It celebrates the late champion's achievements in community activism, resistance, politics, spirituality and culture.

FEATURED IMAGE CAPTION: Cleveland Cavaliers forward LeBron James watches from the bench during the first half of the team's NBA basketball game against the Indiana Pacers in Indianapolis, Wednesday, Nov. 16, 2016.