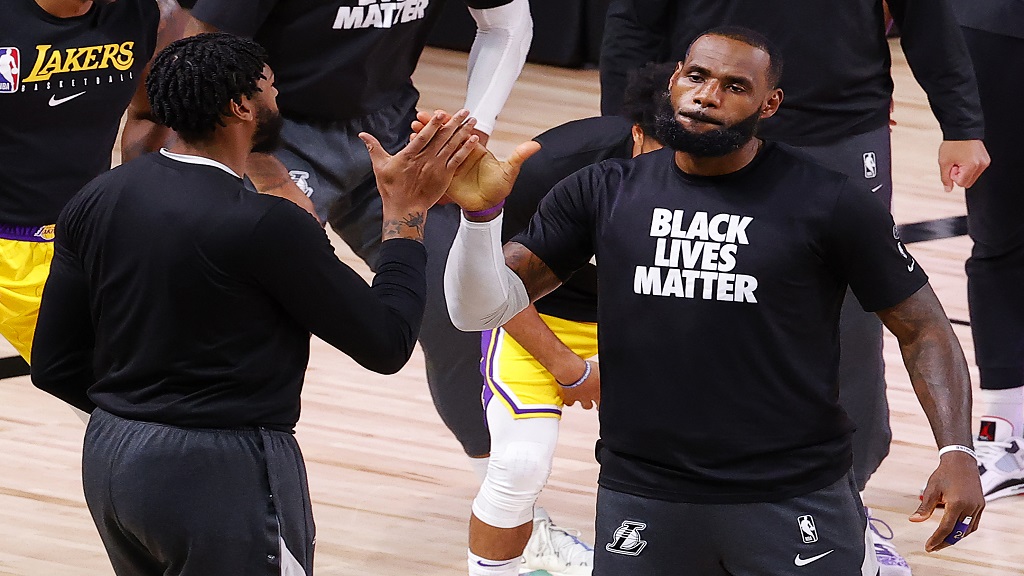 LeBron James hailed Anthony Davis as a "unicorn" who can do things his other team-mates cannot as the Los Angeles Lakers tied up their playoff series with the Portland Trail Blazers.

Superstar James put up just 10 points on a rare off-night as the Lakers made it 1-1 in their first-round meeting at the NBA's bubble in Orlando.

Davis was in inspired form, though, contributing 31 points and 11 rebounds in the 111-88 victory, leading to big praise from James.

"I've had some great team-mates in my career," James said.

"AD is one of those unicorns [a term in basketball to describe a player who is versatile and dynamic] and he does things what some of my other great team-mates are not capable of doing.

Davis scored 28 points in the opening-game defeat but said he did not feel as though he performed to his best level.

A few choice words from James, a three-time NBA champion, encouraged Davis to see the bigger picture, though.

"I was really down on myself after Game 1," Davis said. "I didn't feel like I performed to the level I needed to. And he let me have my moment and kind of get on myself, and then he talked to me and said I was fine.

"He said it's one game, and as a guy who's won multiple championships and been in these situations before, he knows what to expect. He knew what to expect from his team-mates and he kind of just was there for me to kind of encourage me and keep me level-headed. Because it was just one game.

"Our relationship has been great the entire season. I've kind of just been leaning on him this entire season, just trying to figure out the tricks [of the] trade of playing with a guy like him and a team like this.

"He kind of has been there for me and supporting me and kind of guiding me through this entire process."

The win was the Lakers' first in a playoff game since May 18, 2012, and James says a tough season off the court has proven the mettle of the team.

James said: "I mean, it started from training camp, to preseason, traveling abroad, to entering the New Year, the tragic death obviously of Kobe [Bryant] and those victims on that helicopter, to the stop of the season, to players getting injured, [Rajon] Rondo going down for a big piece of the year, to the restart, not having our brother Avery Bradley here.

"And so on and so on. I don't even know, it just feels like it's been three or four different seasons [in one], so I know what we're capable of, I know how we're built."