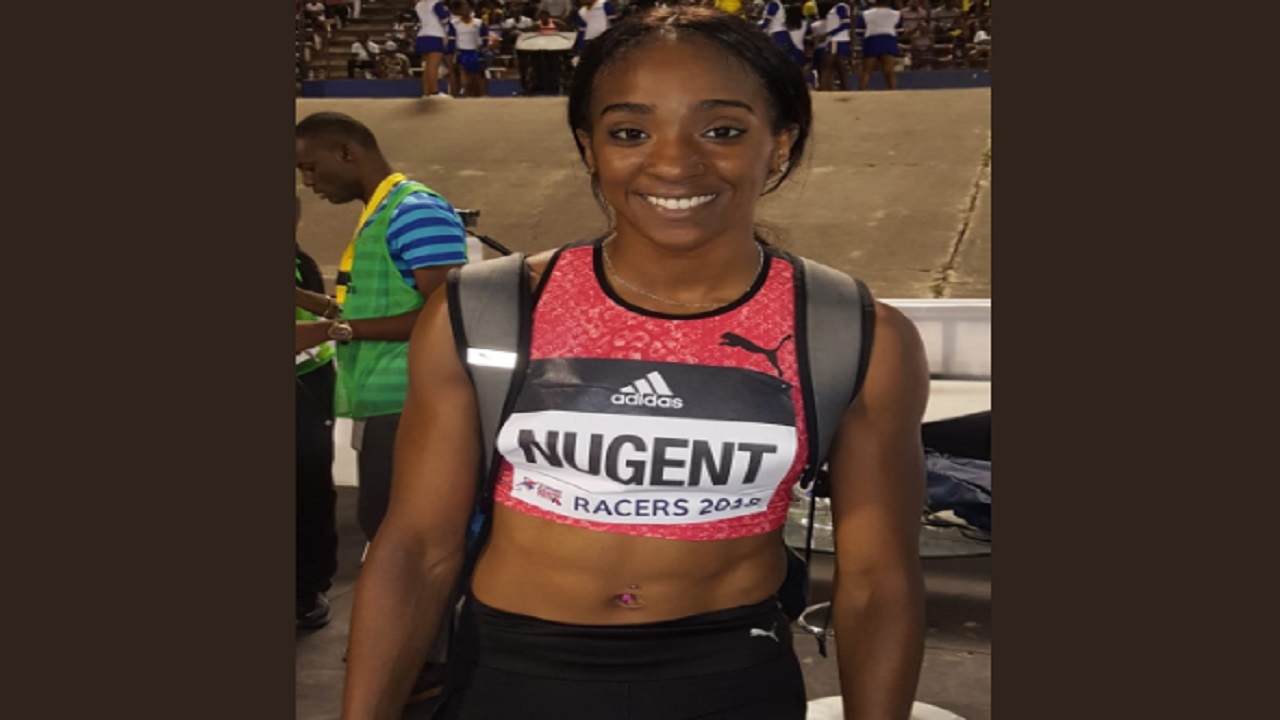 Jamaica's Leah Nugent following her victory in the women's 400-metre hurdles at the third staging of the JN Racers Grand Prix at the National Stadium on Saturday night.

Leah Nugent upstaged red-hot Janieve Russell in the women's 400-metre hurdles to secure Jamaica's first victory at the third staging of the JN Racers Grand Prix at the National Stadium on Saturday night.

Nugent, who was born in Pennsylvania, USA, worked her way to the front in the home stretch and although pressed by her more fancied Jamaican teammate Russell, held on for a good victory in 54.67, which represents a season-best.

Russell, the 2018 Commonwealth Games gold medallist, clocked 54.89 for her second-place finish. Rhonda Whyte finished third in 55.23 seconds to round off a sweep of the podium places for Jamaica. American Ashley Spencer clocked 55.68 for fourth place.

There were two other Jamaican victories in the early section of the programme.

Earlier, Jamaica's Natoya  Goule came with a strong stretch run to snatch second from American Charlene Lipsey in the women's 800 metres, which was easily won by American Ajee Wilson.

The 27-year-old Goule, who won the bronze medal at the 2018 Commonwealth Games on the Gold Coast in Australia, crossed the line in 2:00.66