‘Leadership with responsibility’ declares Wehby re SEZ move to OPM 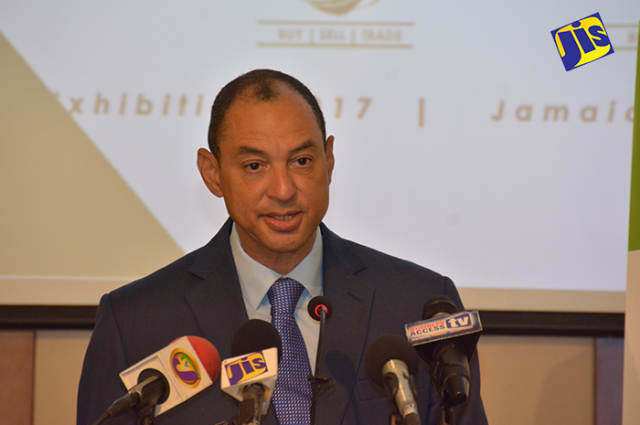 That is how Government Senator, Don Wehby, has described the decision by Prime Minister Andrew Holness to create a Ministry of Economic Growth and Job Creation following the February 2016 General Elections.

Senator Wehby, who is also Group Chief Executive Officer at one of Jamaica’s biggest manufacturing conglomerates, GraceKennedy Limited, was speaking in the Senate on Friday. He was making his contribution to the debate to amend the Bill governing the Special Economic Zones (SEZ), to remove responsibility for the zones from Industry Minister, Karl Samuda, to the Office of the Prime Minister (OPM).

Senator Wehby said the move will reduce bureaucracy and should lead to the creation of hundreds of thousands of jobs.

Opposition Senator, Lambert Brown, had earlier voiced his objection to the move on the grounds that too much power was already concentrated in the OPM.

Senator Wehby, who is also Chairman of Jampro, said in that latter capacity in which he has been working closely with the SEZ Authority on investments, “the common theme when meeting with investors and potential investors is that of bureaucracy. “

He stressed that, “My interpretation of that (the relocation of the responsibility for SEZ to the OPM) is that we need an integrated approach in terms of how investment decisions are made, and I think with this new ministry that the prime minister has created, and with the right support staff, I believe certainly a lot of the bureaucracy in terms of investment decisions will be taken care of.”

Senator Wehby said that currently at Jampro, under the SEZ Authority, there are some 20 new investors who have been facilitated or will be facilitated under the regime.