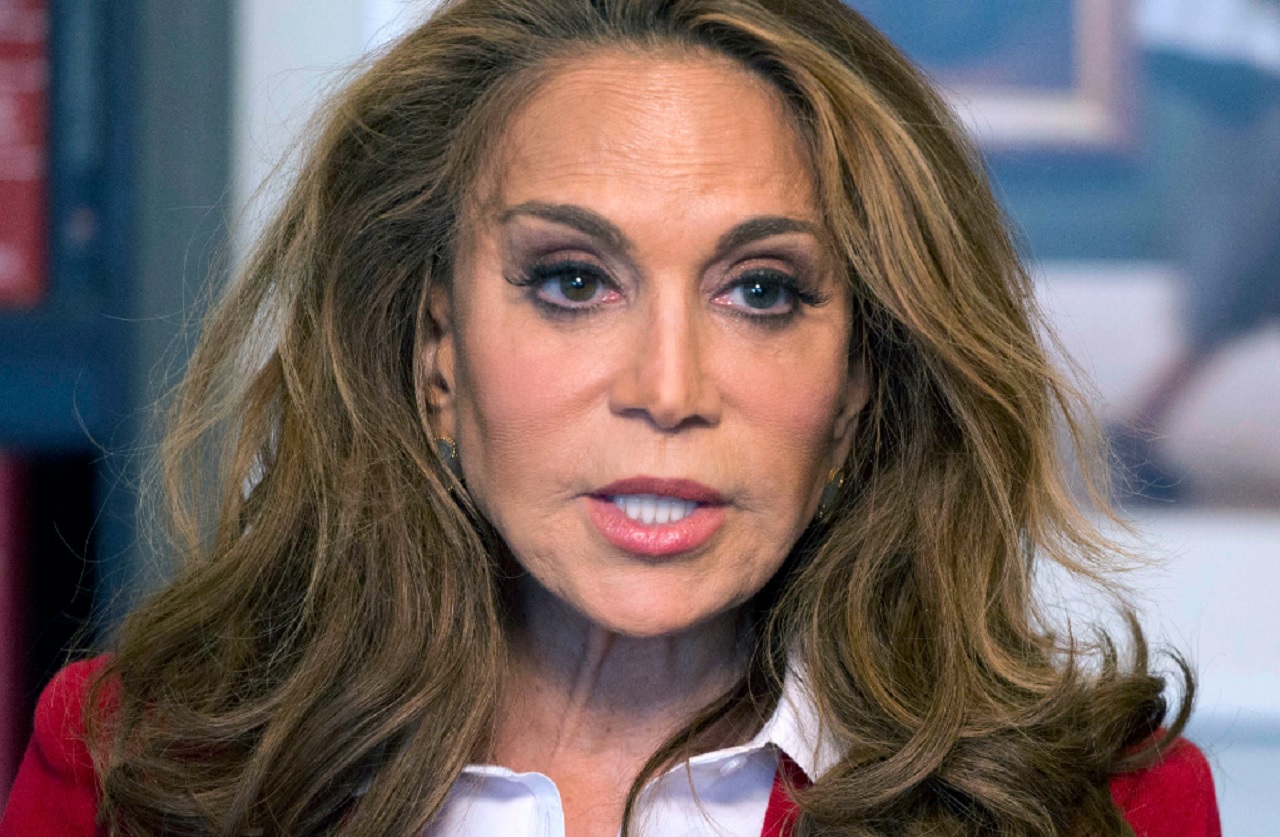 In this May 7, 2015 file photo, Pamela Geller speaks during an interview at The Associated Press in New York.

The Latest on the trial of a Massachusetts man accused of participating in a plot to behead conservative blogger Pamela Geller (all times local):

A criminal defendant has testified that his co-defendant told him that a conservative blogger deserved to be beheaded because she insulted Muslims when she organized a Prophet Muhammed cartoon contest.

Nicholas Rovinski, of Warwick, Rhode Island, took the stand Wednesday in the federal trial of David Wright in Boston. Authorities say Wright plotted with his uncle and Rovinski to behead Pamela Geller. The plot was never carried out.

Rovinski told jurors about a meeting he had with Wright on a beach in Rhode Island during which he said they discussed beheading Geller.

Rovinski pleaded guilty last year to conspiracy charges. He has not yet been sentenced.

He was the final witness to take the stand Wednesday. Wright's trial is expected to continue Thursday and last several weeks.

A prosecutor and defense attorney have painted starkly different pictures of a Massachusetts man accused of participating in a plot to behead a conservative blogger who angered Muslims when she organized a Prophet Muhammad cartoon contest in Texas.

Assistant U.S. Attorney Stephanie Siegmann told jurors during her opening statement Wednesday that David Wright, his uncle and another man agreed to kill Pamela Geller in 2015. The plot wasn't carried out.

Siegmann said Wright also wanted to wage other attacks in the U.S. and inflict more than the damage caused by the Boston bombing.

Wright's attorney sought to portray him as a lost young man who became consumed by the Islamic State group in attempt to escape reality.

The cartoon contest in Garland, Texas, ended in gunfire, with two Muslim gunmen killed by police.

A Massachusetts man accused of participating in a plot to behead conservative blogger Pamela Geller for the Islamic State group is going on trial in federal court.

Authorities say 28-year-old David Wright, of Everett, plotted with Rhode Island resident Nicholas Rovinski and another man in 2015 to kill Geller, who is from New York. The plot was never carried out.

Geller angered Muslims when she organized a Prophet Muhammad cartoon contest in Garland, Texas, in May 2015. The contest ended in gunfire, with two Muslim gunmen shot to death by police.

Trial opens for man accused of plotting to behead blogger