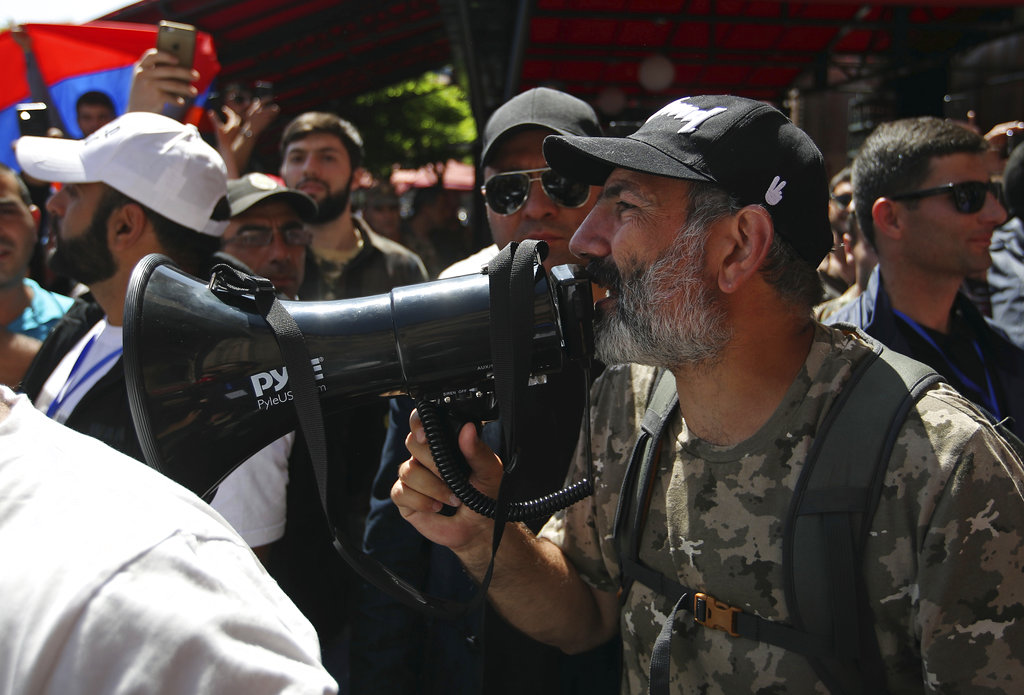 The Latest on Armenia's political crisis (all times local):

The opposition leader spearheading weeks of protest in Armenia is warning the government not to deploy troops and says the country's political crisis can't be solved by force.

Nikol Pashinian told The Associated Press on Wednesday that the ruling party effectively was suicidal for rejecting his bid to become prime minister in a parliamentary vote a day earlier.

He said the rejection of his bid to lead the country had only galvanized the opposition and that if the government brings troops to the capital to quell protests "all the soldiers will come to us and join us."

Opposition protesters are blocking the road leading from Armenia's capital, Yerevan, to its airport, as well as several subway stations and government ministries after their leader called for a national strike.

The actions Wednesday follow the parliament's rejection of a bid by opposition leader Nikol Pashinian to become prime minister and intensify the political turmoil that has gripped the country since mid-April.

Mass demonstrations forced Serzh Sargsyan to resign last week as prime minister just days after he was named to the post. Sargsyan was Armenia's president for 10 years before stepping down due to term limits; he became prime minister amid a change in government structure that boosts the post's powers, and opponents said the shift would allow him to remain the country's leader indefinitely.

The leader of Armenia's surging protests meets the president