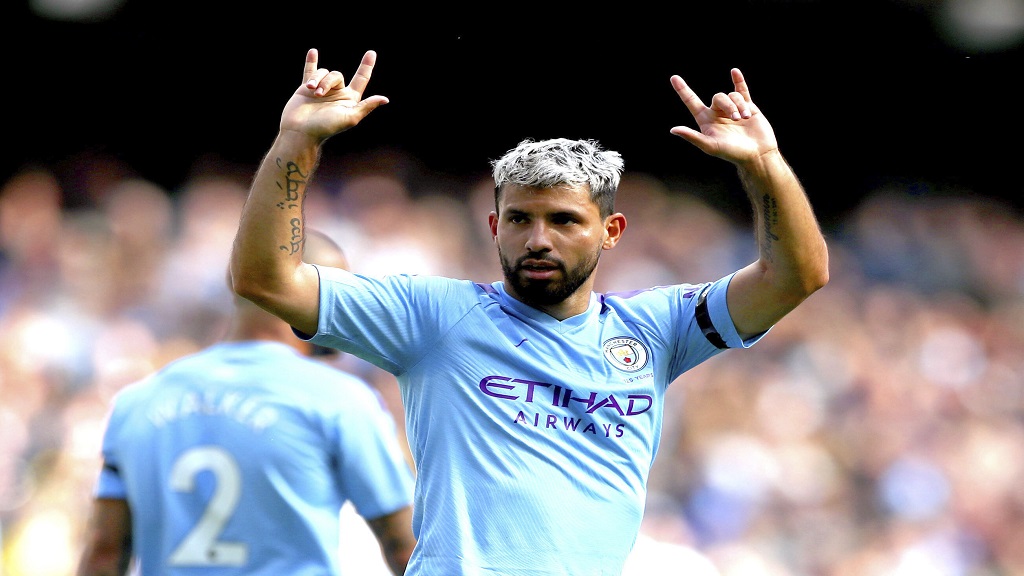 Sergio Aguero scored twice in Manchester City's 4-0 win over Brighton that was marred by a serious-looking injury to center back Aymeric Laporte on Saturday.

Kevin De Bruyne got City rolling with a close-range strike inside 69 seconds before Aguero delivered unforgiving finishes either side of halftime at Etihad Stadium. Bernardo Silva added a fourth goal with his first touch after coming off the bench.

The champions' third victory in four matches this season came at a cost, however, with Laporte carried off on a stretcher late in the first half with a right knee injury.

The French defender, who was called up by his national team on Friday for just the second time, punched the ground as soon as he made contact with Adam Webster as the Brighton center charged down the right wing. Laporte held his hands behind his head and shook his head as he was carried off.

Any lengthy absence for Laporte would be a major blow to City, which released long-serving captain Vincent Kompany in the offseason and has John Stones currently out injured. Fernandinho, a center midfielder, filled in as a center back off the bench against Brighton.

The only points City have dropped from the first four games of their title defense came in the 2-2 home draw with Tottenham.

Aguero moved onto six goals for the season already — the most of any player in the league — and has scored in every game so far.

His finishing was brilliant against Brighton, the Argentine lifting a shot high into the net in the 42nd minute from De Bruyne's pass and then curling into the top corner in the 55th after running into David Silva's flicked pass.