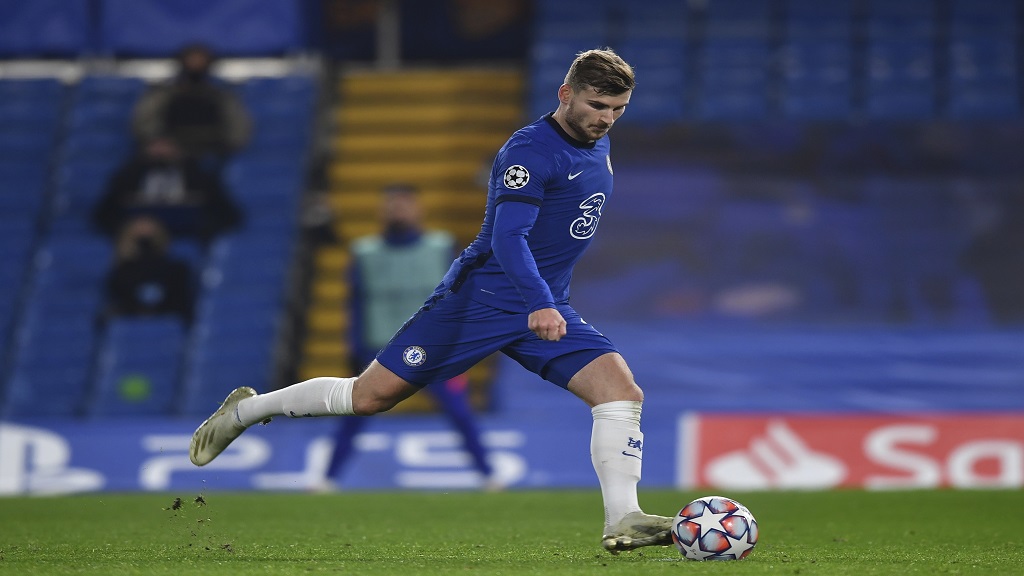 Frank Lampard is thrilled at how Timo Werner has adapted at Chelsea after the forward scored two first-half penalties in Wednesday's 3-0 Champions League win over Rennes.

Werner scored the opener in the 10th minute after being brought down by Dalbert, who was then dismissed for a second yellow card after handling inside the area, allowing the 24-year-old to lash home his second.

Tammy Abraham added a third after the break as Chelsea moved onto seven points at the summit of Group E, level with Sevilla.

The two penalties were Werner's only shots at goal, while – from his position on the left of a front three – he also failed to create any chances for his team-mates.

However, despite a relatively subdued display, the brace took Werner onto seven goals in all competitions following his arrival from RB Leipzig for a reported £47.5million.

Lampard said the deal's completion in June, which allowed Werner to join the Blues for pre-season training, has been crucial to his impressive start.

"That he could train with us early was a big bonus for us," he told a news conference.

"He's adapting quickly and he's been easy to manage. He works and plays well. I felt he had the endurance to last 90 minutes. I'm very happy with him."

"I spoke with Jorginho first because he has been brilliant," he said. "I felt it was time to have a change. He was fine with that. Timo took them well today.

"Timo is [our penalty taker] as it stands now but he has to keep scoring them."

Werner's compatriot Kai Havertz was missing on Wednesday, with Chelsea announcing shortly before kick-off that the 21-year-old was self-isolating having tested positive for COVID-19.

"It showed up in UEFA's testing on Monday," Lampard said of Havertz's positive result. "We re-tested yesterday but everyone else is negative in the squad.

"I've spoken to him a couple of times. He's at home isolating. He has minor symptoms but he's fine. I spoke to him two hours before the game. He's doing all the right things."