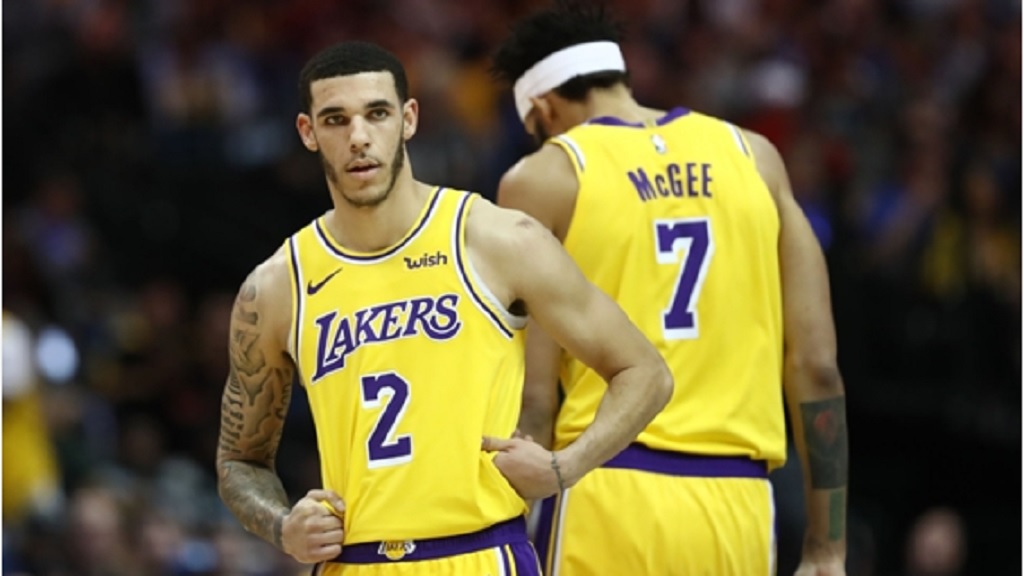 The Los Angeles Lakers dropped the Thunder 138-128 in overtime on Thursday, but Lonzo Ball did his best to give Oklahoma City a chance.

Up 122-119 with less than five seconds to play, the Lakers wanted to foul and take the three-point possibility out of the Thunder's hands.

And Ball did foul – just like his team-mates and coach was telling him to do from the sideline. The problem, however, was he managed to let time run off the clock and fouled Russell Westbrook in the act of shooting, which put him on the line with a chance to tie the game.

Westbrook did just that by knocking down all three shots.

Westbrook may not have actually been in the act of shooting. He threw up a shot when Ball touched him and he appeared to be on the ground when doing so. But the referee called the foul despite LeBron James' confusion online.

"So what really is "in the shooting motion" rule?!?!?" James wrote on Twitter. "Asking for a friend @OfficialNBARefs."

It was an unfortunate and bad play from Ball, but the good thing was the second-year player came out and hit two three-pointers to start overtime for the Lakers.

While he extended the team's game, he made sure it would not go past one extra frame and the Lakers (25-21) have now won two games in a row and four of their last six. The Thunder are 26-18 and have lost five of their last six.

Phoenix Suns guard Devin Booker had 30 points, eight assists and two rebounds in a 111-109 loss to the Toronto Raptors.

Jimmy Butler had an extremely efficient night in the Philadelphia 76ers' 120-96 win over the Indiana Pacers. He scored 27 points on 10-of-17 shooting, went six of six from the free-throw line, added eight assists and five rebounds while tallying zero turnovers.

Bulls forward Lauri Markkanen scored 27 points on 10-of-18 shooting with 10 rebounds in Chicago's 135-105 loss to the Denver Nuggets.

It is really hard to be minus-13 when you do not put up a single shot, but Bismack Biyombo pulled it off in the Charlotte Hornets' 114-95 win over the Sacramento Kings.

Pascal Siakam is not the first player you would think of that would hit a game-winning buzzer-beater for the Raptors but that is exactly what he did in their victory over the Suns.

It is DeMarcus Cousins' Golden State Warriors debut. The Warriors already set scoring records and three-point records this week without Cousins. Imagine them with him