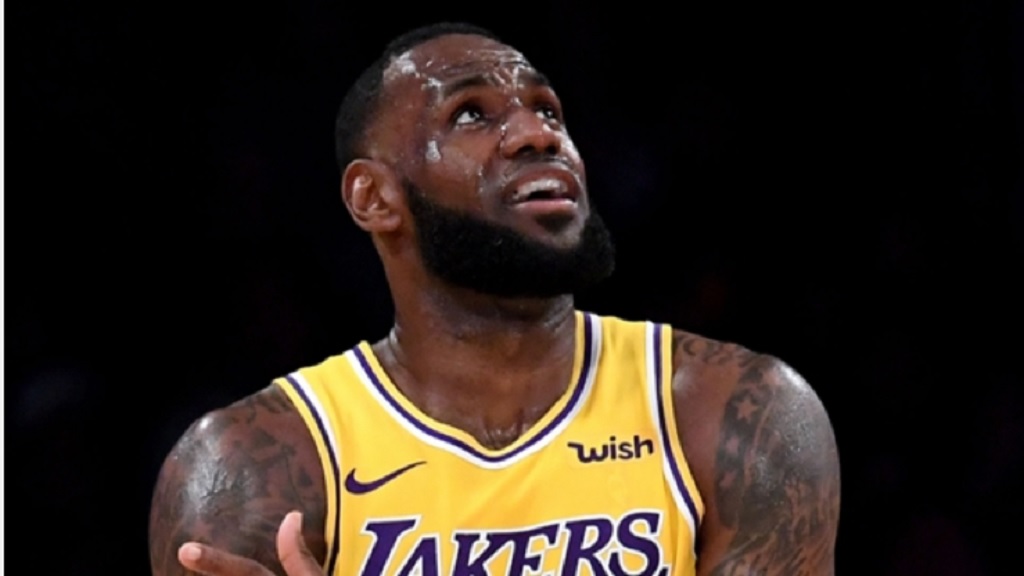 The Los Angeles Lakers are facing an uphill battle to earn an NBA playoff berth after losing to the Clippers on Monday.

The Lakers entered the matchup looking to move back into playoff contention, but fell short 113-105.

Despite a 27-point, eight-rebound and six-assist performance from LeBron James and a triple-double from Rajon Rondo, the Lakers were just outmatched.

Brandon Ingram did not play in the contest because of a shoulder injury.

Danilo Gallinari led the way for the Clippers with 23 points while Lou Williams chipped in 21 of his own.

The Lakers have dropped to 30-34, while the Clippers extended their winning streak to three games and improved to 37-29. The Lakers are now five and a half games behind the eighth-placed San Antonio Spurs.

Dirk Nowitzki only managed four points on two-of-13 shooting in the Dallas Mavericks' 127-88 loss to the Brooklyn Nets.

New York Knicks rookie Allonzo Trier eluded the defense and rushed to the rim for a big slam on the break against the Sacramento Kings.

Boston have lost five of their last six games and are looking for a quality win. Golden State are the best team in the Western Conference and secured a win against Philadelphia earlier this week. The Celtics need a boost right now, and the Warriors will not be an easy opponent to get one from.