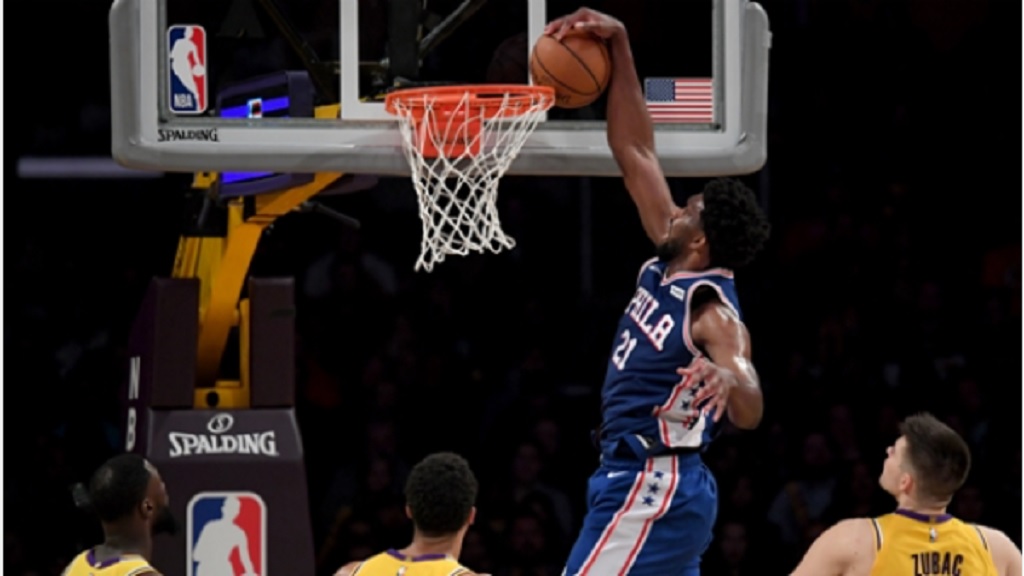 Philadelphia 76ers All- Star Joel Embiid in action against the Los Angeles Lakers.

The Los Angeles Lakers continue to struggle following their 121-105 defeat to the Philadelphia 76ers.

Brandon Ingram had a big night, scoring a career-high 36 points on 16-of-20 shooting but the Lakers still lost in NBA action on Tuesday.

All-Star Joel Embiid led the way for Philadelphia, posting 28 points and 11 rebounds, while Ben Simmons had 19 points, eight rebounds and six assists for the visitors in Los Angeles.

The Lakers have now lost four of their last five games and dropped to 26-25. But, LeBron James may be returning soon from the groin injury that has kept him sidelined since Christmas Day.

The 76ers improved to 33-18 and sit in fourth in the Eastern Conference.

Paul George scored 31 first-half points and finished with 37 in the Oklahoma City Thunder's 126-117 victory over the Orlando Magic.

Devin Booker scored 38 points on 14-of-19 shooting for the Phoenix Suns, who still fell short to the San Antonio Spurs 126-124.

Tomas Satoransky tallied five points on two-of-eight shooting as the Washington Wizards suffered a 116-113 loss against the Cleveland Cavaliers.

The Utah Jazz have rattled off three straight wins since losing to the Portland Trail Blazers on January 21. The Trail Blazers have won eight of their last 10 games and are fifth in the Western Conference.