Labourites annoyed by cancellation of motorcade in Clarendon 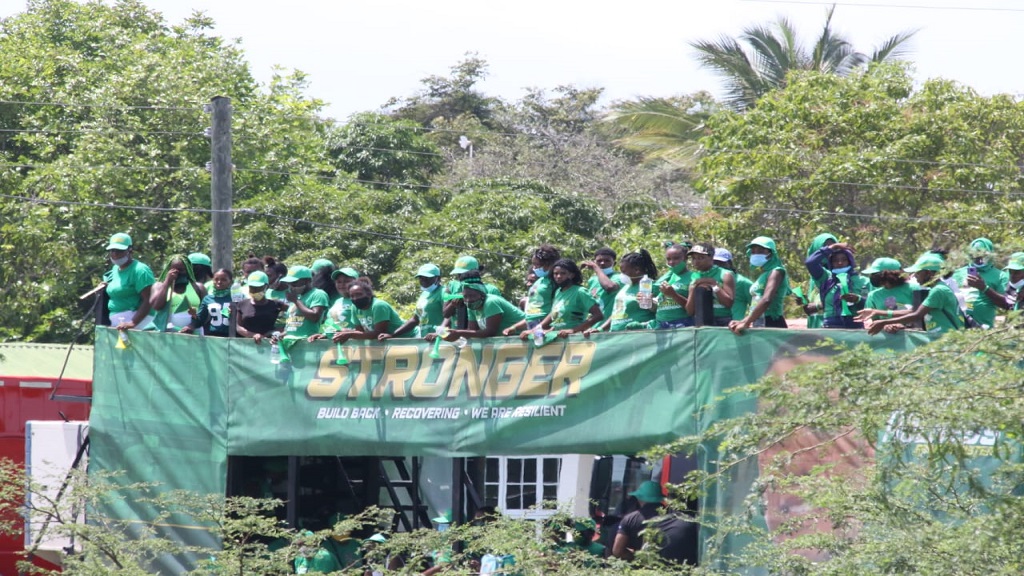 Labourites gather ahead of the start of the party's tour of Clarendon on Friday.

Some Jamaica Labour Party (JLP) supporters became annoyed Friday afternoon when the party scrapped a planned motorcade through Clarendon in accordance with a newly-issued edict by the government.

Prime Minister Andrew Holness announced earlier at an emergency press conference that political motorcades with more than two buses and those that are stopping and greeting party supporters will be prohibited following a spike in COVID-19 cases across the island.

It forced the party to change gear and instead have a drive through of the parish. The decision left many Labourites at the Free Town gas station where the motorcade should have started upset.

The supporters had waited from 10am until some minutes to 2pm when the change of plan was announced by JLP Deputy Leader Desmond McKenzie, who is also Local Government minister.

McKenzie told supporters that the party had to adhere to the guidelines of the government, but many of the party faithful were not having it - some openly voiced their disapproval, while others mumbled under their breath.

"Look how long wi deh yah a wait and now dem come a tell wi this. Mi could a deh a mi yard a duh something," one supporter said.

"This a foolishness," said another. "Mi coulda a mek some money."

In North Central Clarendon, the JLP’s Robert Nesta Morgan, who is originally from the constituency, will be up against Desmond Brennan of the PNP. In South East Clarendon, the incumbent Pearnel Charles Jr of the JLP will matchup with the PNP’s Patricia Duncan-Sutherland.