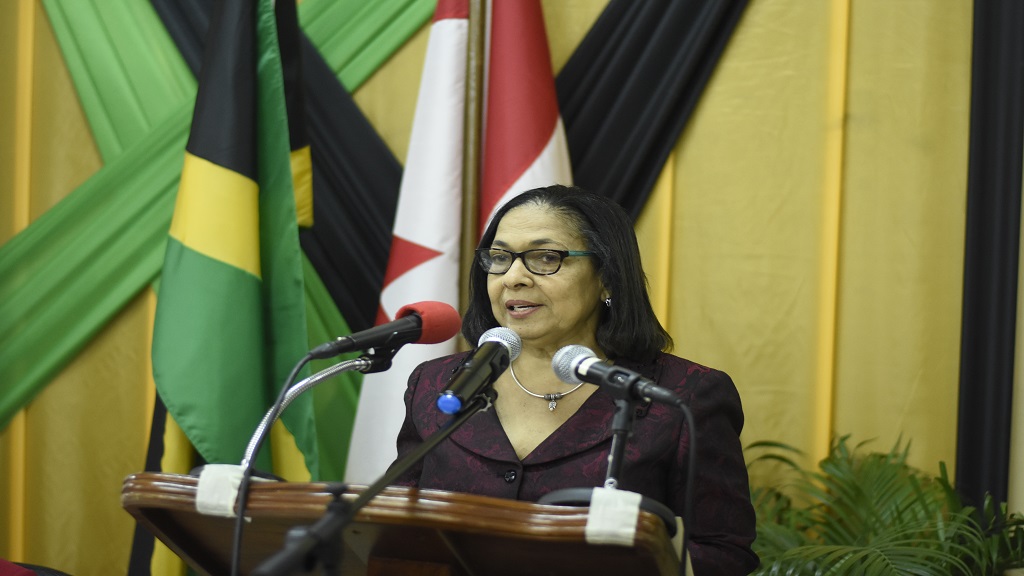 Minister of Labour and Social Security, Shahine Robinson has died.

Robinson, who had been battling cancer, died at her home in St Ann on Friday. She was 66.

Robinson, who is the Member of Parliament for North East St Ann, fell ill in October of last year, and since that time has been carrying out her duties sparingly.

She had briefly returned to the Parliament in March, but has since been absent due to her illness.

Several of her counterparts within the Jamaica Labour Party have expressed their condolences through their social media platforms as news of her death surfaced.

"She was an amazing person and Member of Parliament who loved her NE St. Ann constituents. This woman was a tower in politics; her mark is indelible. A beautiful soul, was the Hon Shahine Robinson. Rest in Peace. Heartfelt condolences to her family and loved ones," Senator Morrison wrote on Facebook.

Former G2K president Stephen Edwards said he was heartbroken that the minister had passed away.

For his part, Dennis Meadows, a former Government Senator, described Robinson as a quiet giant.

"You were a quiet giant and fighter for your people. Rest In Peace. Heartfelt condolences Gianna Fakhourie (and) Tyrone Robinson," he posted on Facebook.

Robinson came to national prominence in 2001 after she snatched the North East St Ann seat for the JLP following the resignation of then People's National Party MP, Danny Melville, from Parliament.

She was appointed Minister of Labour and Social Security in March 2016, following the JLP winning the general elections that were held a month before.