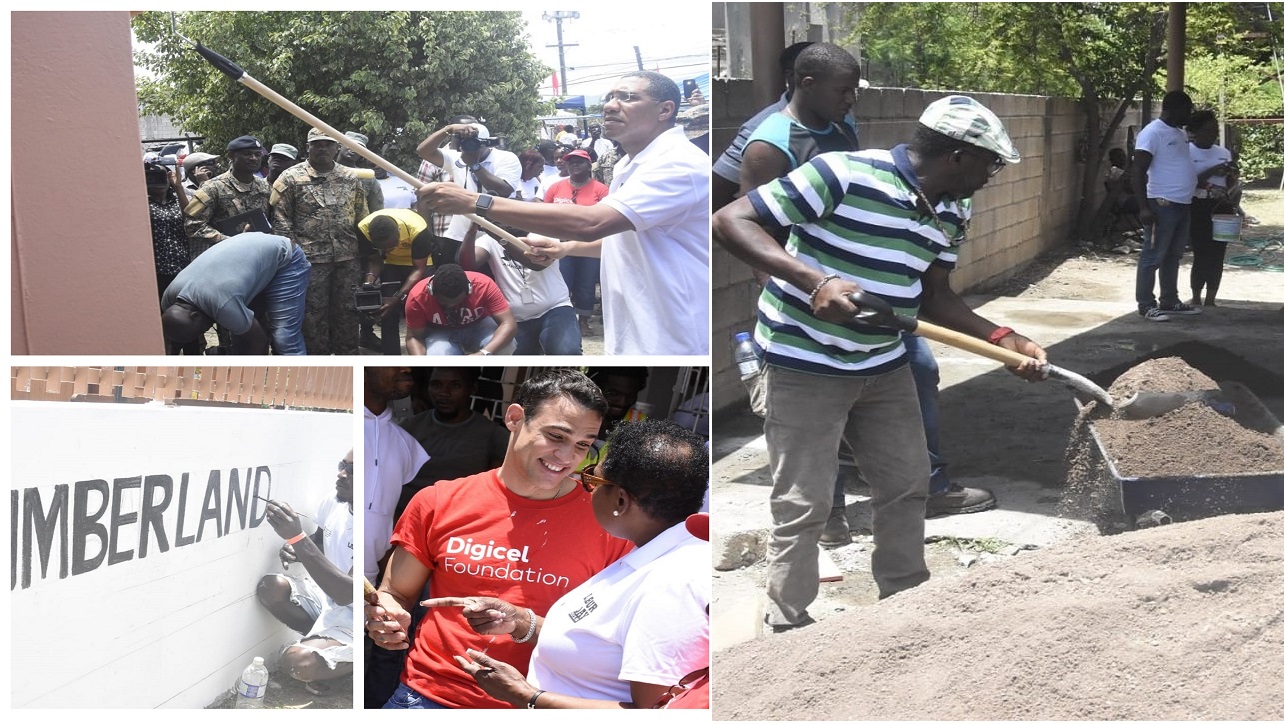 Photo collage of some of the activities at the Cumberland Road Health Centre on Labour Day. (PHOTOS: Marlon Reid)

Digicel Foundation donated $1 million towards the project, which will help the government in its effort to build a ramp at the facility for physically challenged individuals.

The facility, located on Brunswick Road in the old capital, was in a rundown state and volunteers gave it a facelift with masonry, carpentry, plumbing and painting.

The Jamaica Defence Force threw its support behind the project, with a large detachment of soldiers, while a number of service clubs also participated.

Prime Minister Holness said that the modern Jamaica state was built on the agitation of the workers.

He said the ramps are important as Jamaica must be an inclusive society. He said the disabled community are not able to benefit from many services "because of simple reasons like access".

Holness said he has given instructions to the National Works Agency (NWA) that all new roads must be built with ramps for the disabled.

Chairman of Digicel Foundation, Jean Lowrie-Chin, told the gathering that the body was pleased at the attention being given to special needs in the national Labour Day project.

The work at Cumberland Health Centre was among two National Projects for Labour Day this year, the other being at the St Ann’s Bay Infant School in St Ann.

The activities were being held under the theme – ‘Ramp it Up… Fix it Up’.

Cops come out in support of Labour Day efforts