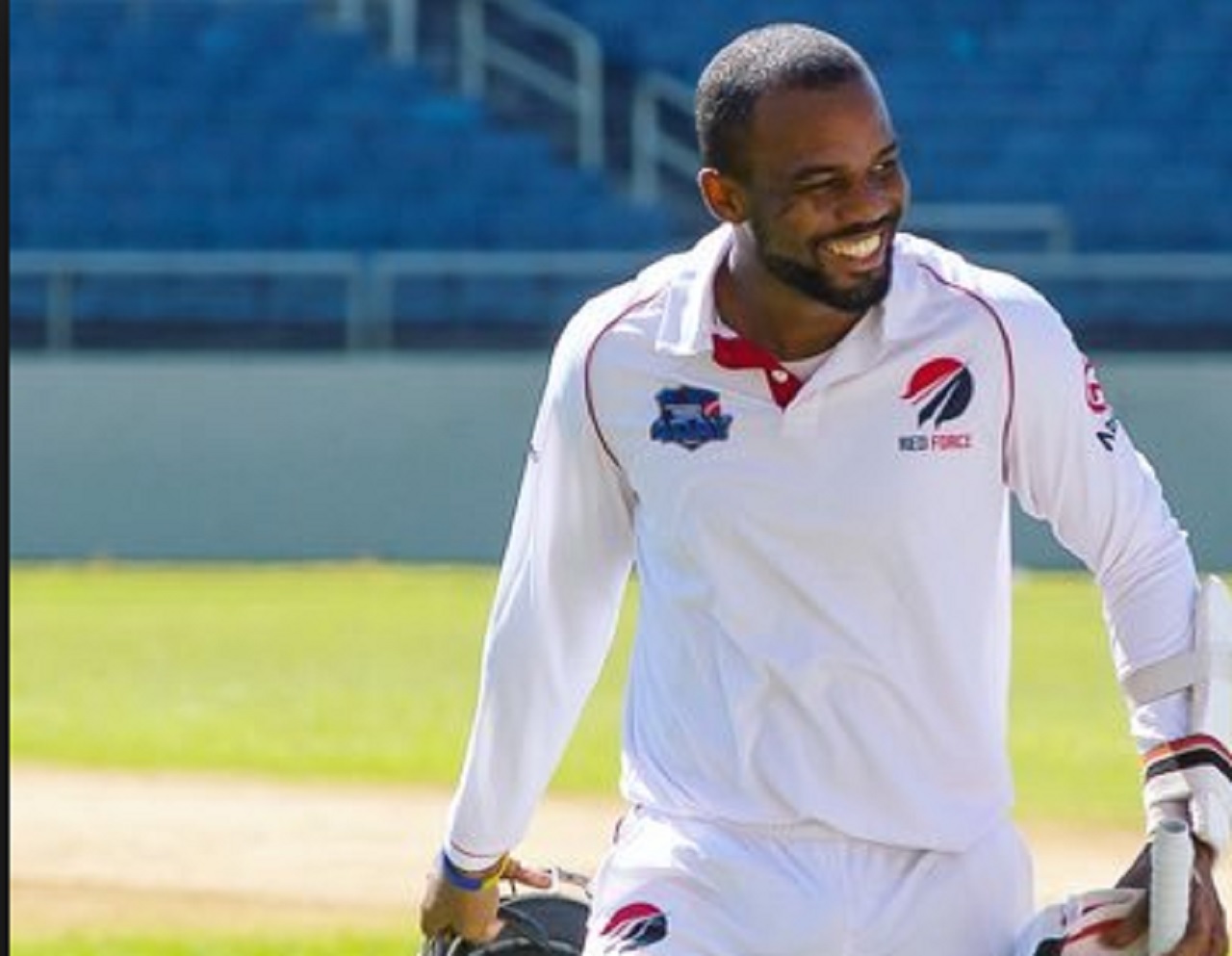 West Indies received a big boost ahead of next week's first Test against England as Kyle Hope scored the first century on the tour in the day/night game against Derbyshire at Derby on Friday.

Klye  hit 15 fours in his hundred which came from 162 balls. He was dismissed in the penultimate over before tea when 19-year-old left-arm spinner Matt Sonczak found some turn to hit his off stump and claim his maiden first-class wicket.

Kyle put on 72 with his brother Shai in 25 overs. Shai also featured in another big partnership as he added another 62 in the increasingly bleak conditions with Chase until heavy drizzle forced the players off the pitch at 8:00 pm.

The game was played in chilly overcast conditions from the start but the performance of the Hopes, Powell and Chase made it a good day for the tourists after skipper Jason Holder won the toss and elected to bat.

Derbyshire fielded a weakened side as the team rested the players who will figure in next week's T20 games.

Three of the players were making their first-class debuts.

One of them was 16-year-old seamer James Taylor who, along with older brother Tom, became the first brothers to play in the same match for the county since 1939.