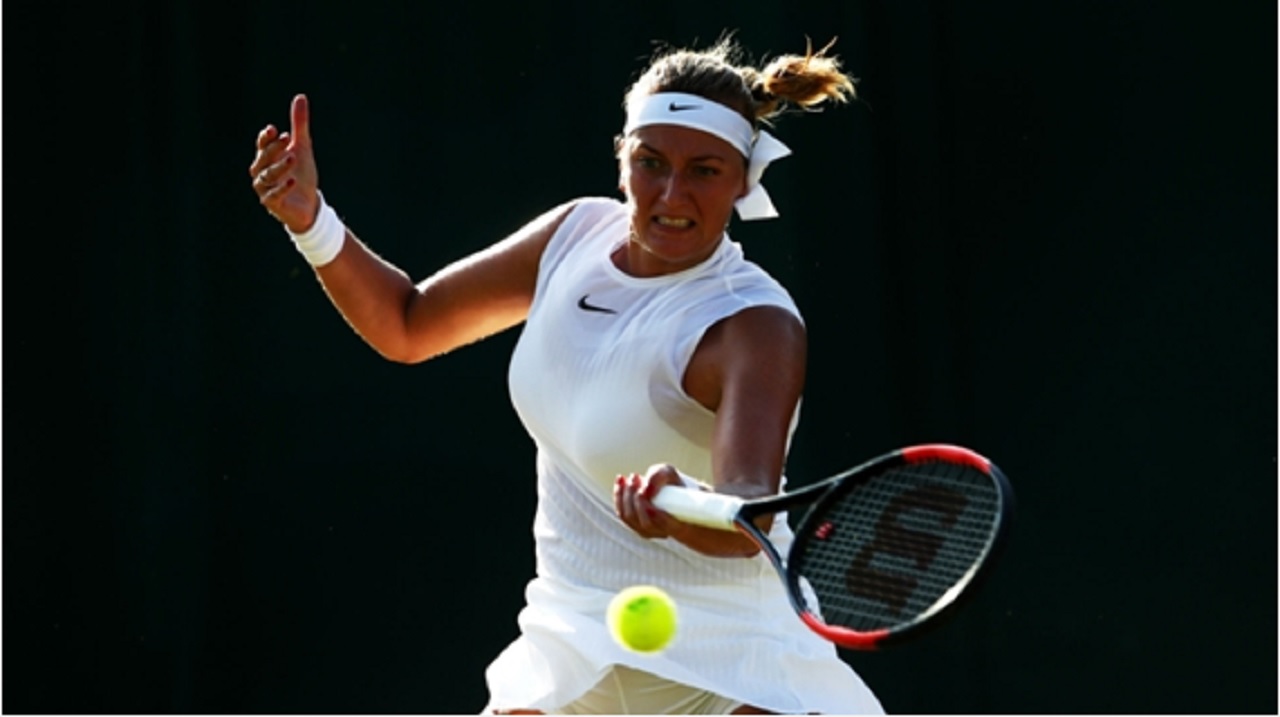 Petra Kvitova in action at Wimbledon.

Petra Kvitova's Wimbledon dream failed to have a fairy tale ending as she was beaten 6-3 1-6 6-2 by by Madison Brengle on Wednesday.

The two-time champion had been installed as one of the favourites prior to the grand slam despite a lack of tournaments since making her comeback from the hand injury she sustained after being stabbed in December.

Kvitova herself had doubted her chances but a comfortable win over Johanna Larsson in round one gave some reason to be optimistic.

Going beyond the second round proved too much for the Czech, though, as the lack of action seemed to catch up with her in the sweltering London heat.

Brengle broke the 11th seed four times in the opening set and it looked as though the American would cruise to victory, but Kvitova stormed back and levelled the match 22 minutes later - reeling off six games in a row.

A deciding set was probably the last thing Kvitova needed so soon into her recovery, evident by a medical time out at 5-2 down that saw the doctor and physio check the 27-year-old's heart rate, blood pressure and pulse.

Kvitova did return but it was only brief as Brengle served out for the match to take her place in the third round for the first time.