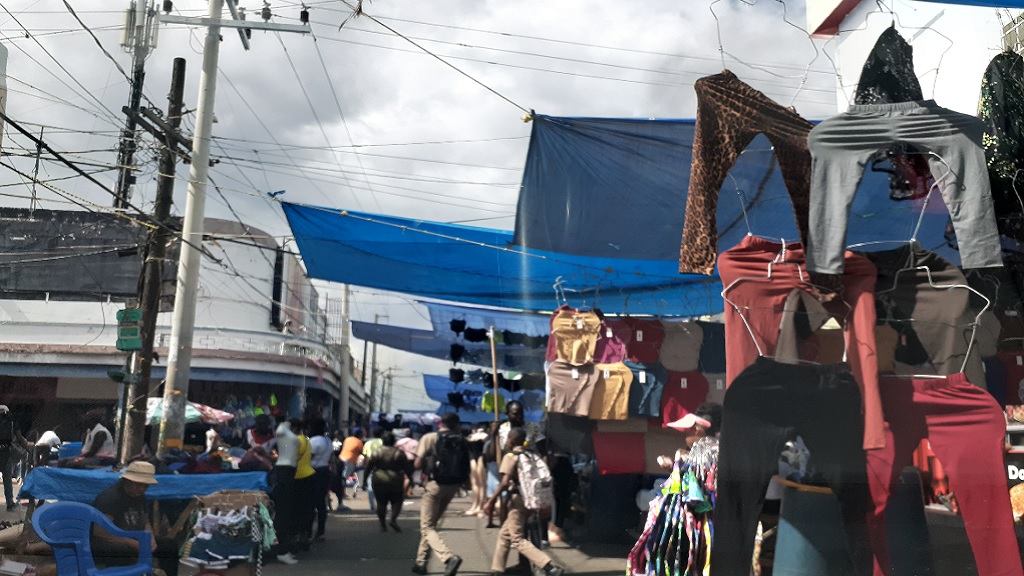 A section of Beckford Street in downtown Kingston back in 'full swing' hours after a clean-up operation against unregulated street vending on Thursday. (Photo: Marlon Reid)

The Kingston and St Andrew Municipal Corporation (KSAMC) conducted a clean-up operation in sections of downtown Kingston on Thursday morning, but within hours, many of the areas where vending stalls had been destroyed were back to the usual chaotic situation.

Members of the KSAMC’s municipal department, with the assistance of the police, tore down structures along the pavements of Princess Street, Orange Street, Beckford Street and West Street, as well as other sections in the Parade area.

According to Kingston Mayor, Delroy Williams, it is normal activity for the KSAMC to take after the Christmas season. He said it is also an ongoing process for the KSAMC.

Williams revealed: “Vendors are quite aware of this, as we issue notices and we are very clear that we will not tolerate vendors constructing stalls on the sidewalks that are there primarily for pedestrians. We are not in agreement with vendors leaving stalls overnight on the sidewalks.”

Williams said the KSAMC will act when vendors' actions contravene the stipulations for their accommodation in public spaces, which includes having their stalls stored in a prescribed area.

He explained that “understanding is clear to vendors, but we can’t operate in the downtown space where vendors believe that they can be anywhere and leave their stalls anywhere at any time they please.

According to him, while the KSAMC is accommodative of the vendors selling in prescribed areas, they must allow pedestrian and vehicular traffic to flow.

However, hours after the demolition team left, the chaotic situation returned to Beckford and Princess streets.

The vendors had reconstructed some of the wooden structures that stretched along both sides of the roadways and in the middle in some cases, while also having their wares on tarpaulins in the middle of the roads, which prevented vehicular traffic from flowing and hampered pedestrians.

Vendors protest over demolition of stalls in Ocho Rios