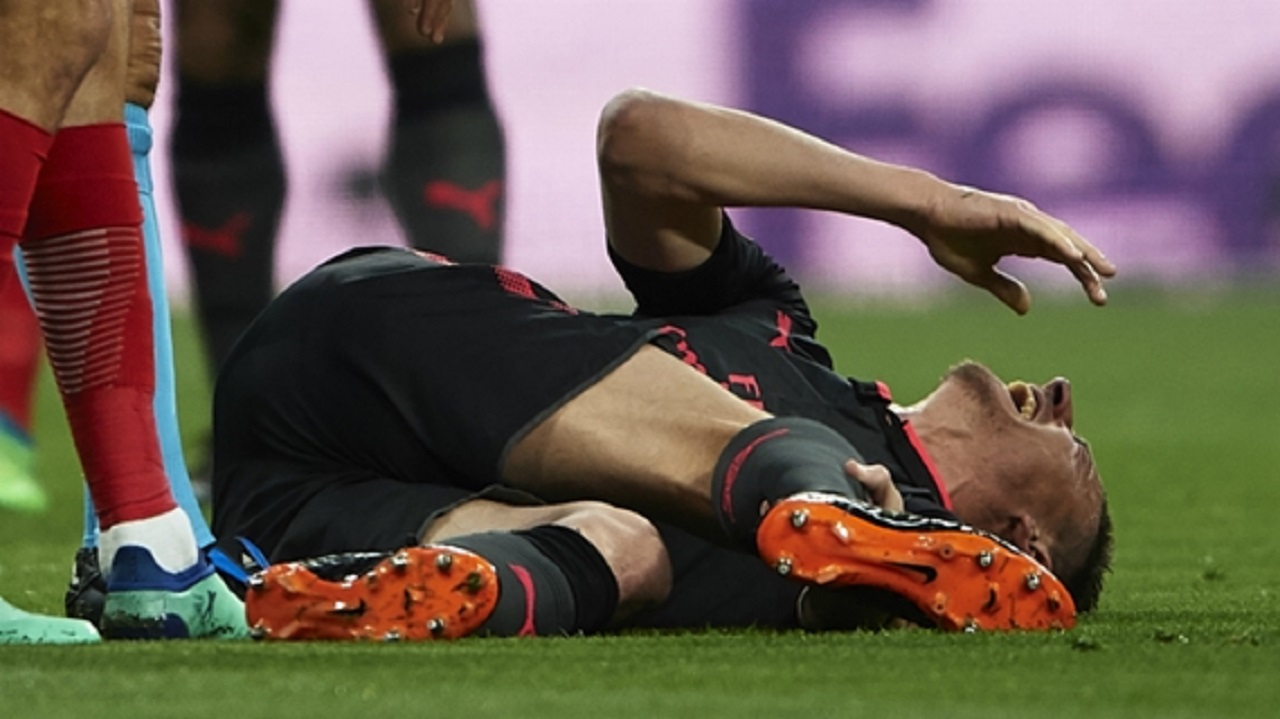 Laurent Koscielny's chances of featuring for France at the World Cup are hanging by a thread after Arsenal manager Arsene Wenger said he suffered a suspected Achilles rupture in Thursday's Europa League clash with Atletico Madrid.

The Arsenal defender went down off the ball early on in Thursday's 1-0 semi-final second-leg defeat, evidently in agony as he punched the floor.

Koscielny reached for his heel straight away after going down and his reaction suggested the injury was something serious, as Atletico players showed their concern.

Further details were not provided by the club during the game, but Wenger spoke in his post-match news conference and said he is hoping for "a miracle" for Koscielny, suggesting the issue is a rupture of the Achilles.

"It doesn't look very good," said the Frenchman. "His Achilles, you can always hope for a miracle on the scan, but the first signs are not good. It looks like it could [be ruptured]."

Koscielny, 32, would have expected to be in France's squad for the World Cup in Russia, but is now a major doubt and should Wenger's prediction prove correct, the defender could even miss the start of next season.