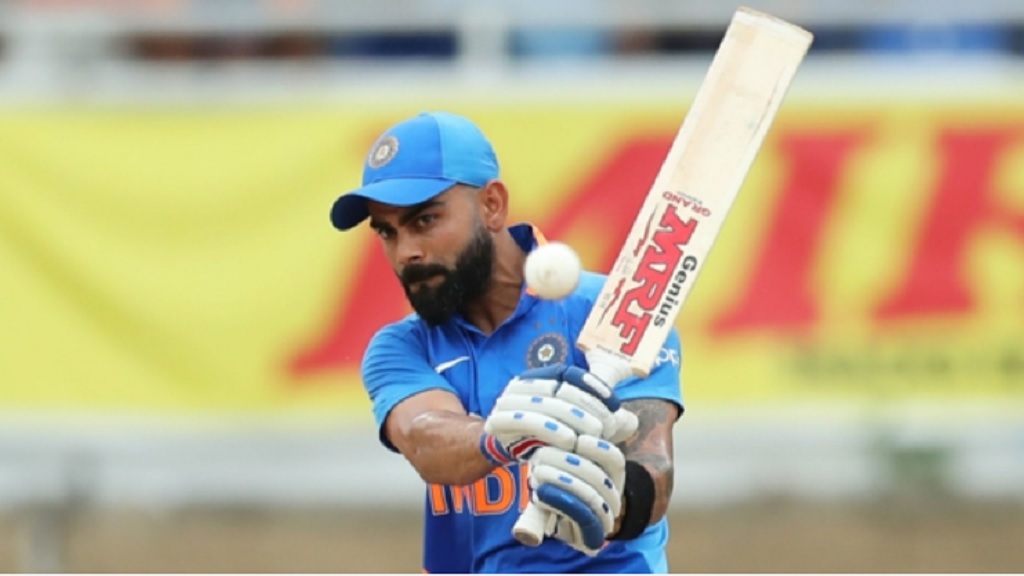 Virat Kohli's maximum wrapped up a comfortable seven-wicket win for India over Sri Lanka to take a 1-0 lead in their three-match Twenty20 series.

The opening clash was wiped out by rain in Guwahati and Sri Lanka's innings on Tuesday also proved a damp squib, the loss of late wickets limiting them to a modest 142-9.

India chased that down with 15 balls to spare at Indore, Kohli confirming the triumph in style to cap an explosive knock from the skipper.

Sri Lanka's top three made credible contributions but the tourists' line-up as a whole failed to fire.

Kusal Perera's brisk 34 included all three of his side's sixes, with Avishka Fernando (22) and Danushka Gunathilaka (20) providing support at the top end of the order.

Jasprit Bumrah had opened the bowling by conceding two wides and was then hit for four, but that went against the trend that was to follow.

Sri Lanka were frustrated in their efforts to reach anything close to a par score, despite Wanindu Hasaranga sending the final three deliveries to the boundary to book-end Bumrah's inconsistent spell.

With such a modest total to chase, India could afford to be patient and it took Sri Lanka until the 10th over to end KL Rahul and Shikhar Dhawan's 71-run opening partnership, Hasaranga claiming the former's scalp.

Dhawan went soon after, lbw to the same bowler, but it was never likely to trouble India's bid for victory and Shreyas Iyer added a handy 34 before falling in what proved to be the final over.

Kohli put the seal on things, swiping Lahiru Kumara over the ropes to finish with 30 off 17 deliveries.

The final match of the series takes place in Pune on Friday.

Ottis Gibson in talks with BCB for bowling coach position