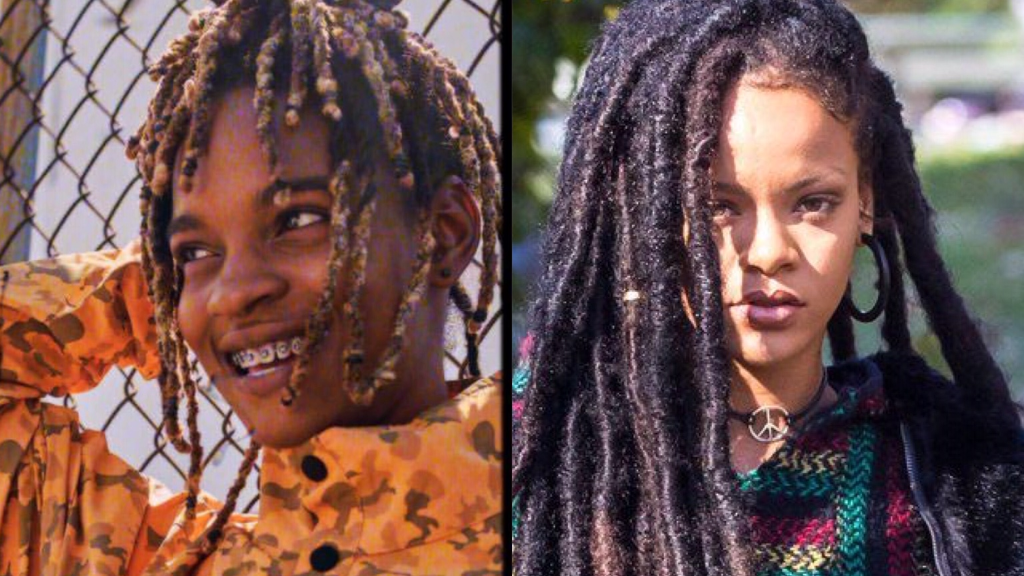 As if we needed another reason to look forward to Rihanna's next album.

The 19-year-old indicated that she would be working with the Barbadian superstar during an appearance on Hot 97 show Ebro in the Morning recently.

"We're supposed to be in contact soon," Koffee told Ebro during the interview.

Koffee's involvement was also hinted at by California rapper Haiti Babii during an interview with BET. He said that during a conversation with Rihanna, she told him that Koffee was one of her writers.

“I asked her, ‘Ri, what’s up with Koffee? Do you know who that is?’ And I spelled the name wrong at first, but she was like ‘Koffee? Yeah, that’s one of my writers. You guys definitely have to link. I need something now.’”

Rihanna is reportedly close to finishing her dancehall album for which several Jamaican producers and songwriters were brought on for the project.

The dancehall record is said to have some of the biggest producers and singers in the genre attached to it, with the likes of R. City (Rihanna, Beyoncé), Stephen “Di Genius” McGregor (Vybz Kartel, Sean Paul), Linton “TJ Records” White (Serani, Vybz Kartel), Kranium, Chronixx, and more submitting material. It's said that Skrillex and Boi-1da had also been involved in sessions.

One source said, “Every artiste, every producer, every songwriter in Jamaica or of Jamaican descent has been working on [Rihanna’s album] and has little snippets of publishing or production credits on it.” They said they thought her team had eight songs chosen “but her A&R is still asking for records” and that they were looking for “one more [song].”

In other Koffee news, the artiste most recently collaborated with Grammy-nominated Chronixx for the remix of Ed Sheeran and Justin Bieber's track "I Don't Care" which debuted on Wednesday.

Check out the remix below.

Koffee to perform on 'Jimmy Kimmel Live' in US television debut