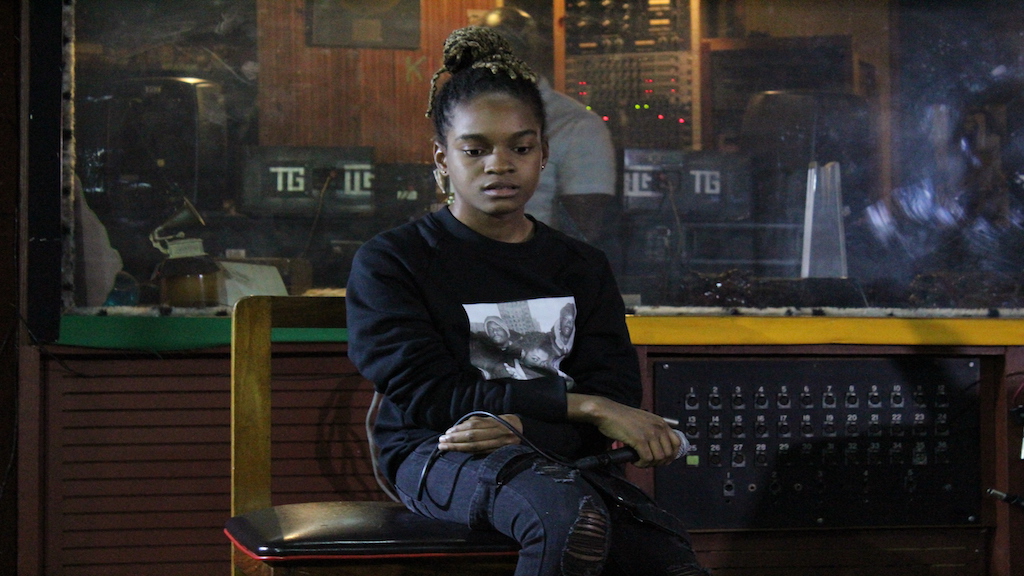 Koffee listens attentively to one of the tracks on her upcoming EP, Rapture, during a listening session at the Tuff Gong recording studio in Kingston.

Mikayla “Koffee” Simpson exudes a level of maturity beyond her age.  The 18-year-old singjay has enjoyed a sensational rise to stardom over the last year but remains grounded.

It was exactly one year ago that a relatively unknown Koffee was invited by reggae veteran Cocoa Tea to perform alongside him at Rebel Salute.

Since impressing at that major reggae festival, the teen artiste has experienced a dramatic rise and is tipped to become an international star. She is now signed to Columbia Records UK and, on Wednesday, hosted a listening session for her upcoming EP, ‘Rapture’, at the legendary Tuff Gong recording studio in Kingston. 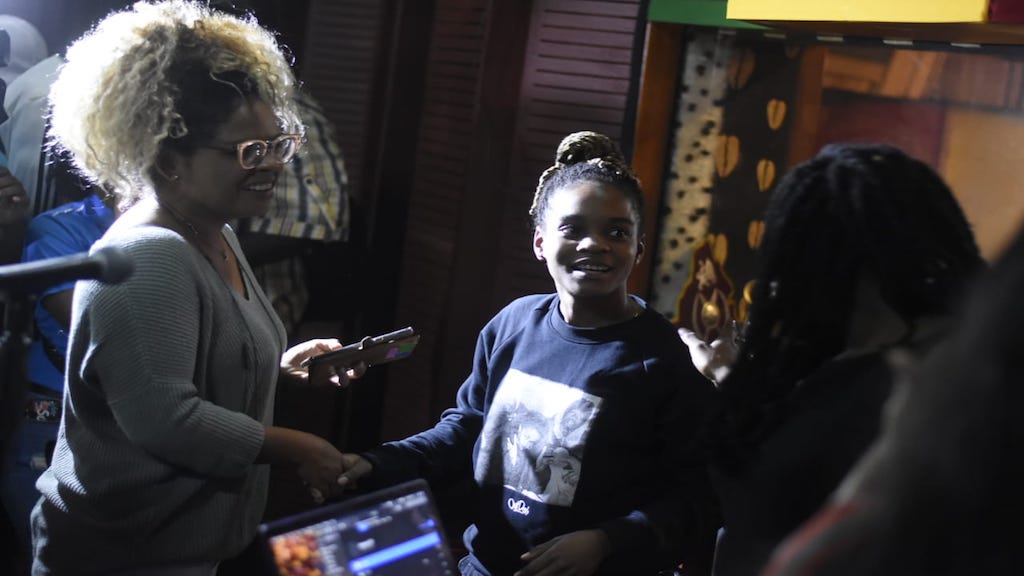 “The journey over the last year has been very eye-opening, inspirational and full,” Koffee told Loop News after the session which was well attended by entertainment industry insiders and journalists.

“There is a lot to be grateful for, a lot to take in and absorb, and meditate on… it has all been a blessing, I can’t do anything less than give thanks,” she added.

‘Rapture’ is powerful five-track compilation that includes the previously-released songs, ‘Ragamuffin’ and ‘Toast’.

“It’s kind of fresh, a new vibe coming from me,” Koffee said when describing the overall feel of ‘Rapture’, which is scheduled for a February 8 release.

She said there will be a promotional tour for the project that will include both international and local stops, but stated that she was unable to “give too much details” at the time.

Koffee did reveal, however, that the EP is just a taste of music to come from her in the very near future.

Asked about plans for a full-length album, she told Loop News: “I would love to say before the end of the year, I have been working on it.”

VIDEO: Protoje journeys into 'A Matter Of Time' at listening party