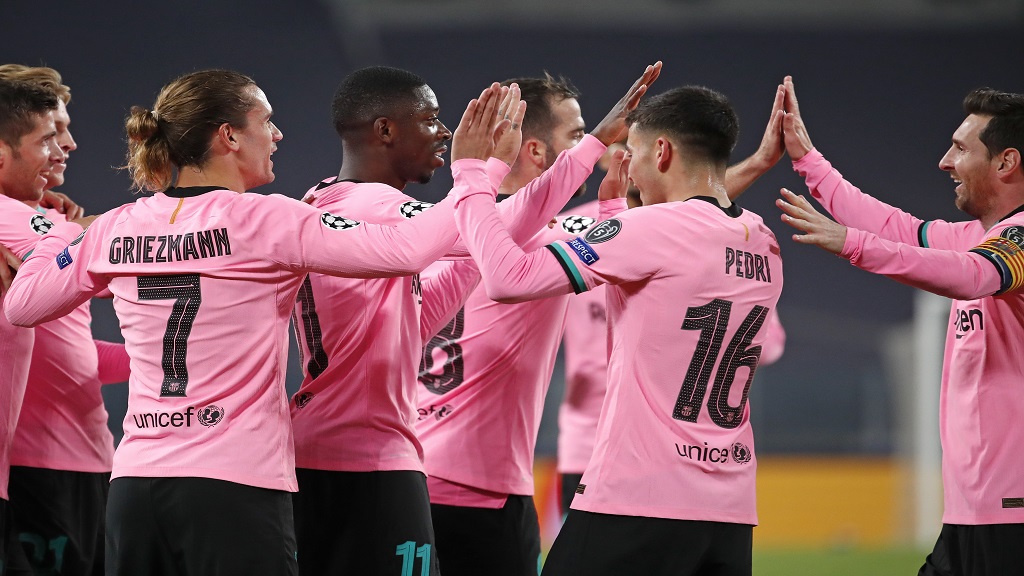 Ronald Koeman described Barcelona's 2-0 Champions League triumph away at Juventus as their "best game of the season".

Barca bounced back in style from their Clasico defeat to Real Madrid at the weekend, with Ousmane Dembele and a stoppage-time Lionel Messi penalty making it back-to-back Group G wins.

Juve failed to register a shot on target against the Catalan giants and, while impressed with how his side went about its business, Koeman did feel they should have wrapped up the game earlier than they ultimately did.

"This was our best game all season," he told reporters. "This is a big win against an important European side and we were able to play the football we're trying to impose.

"I wanted us to play with three at the back, pushing one man forward to have extra in the middle of the pitch. That meant we created a lot of goal chances and, frankly, I think we should have finished the match off much earlier.

"I'm very content with the football we played, with the result and especially with the character my team showed."

Barca were dominant throughout, making 227 more passes than Juve and enjoying 59 per cent of possession.

Sergi Roberto, who completed 94.5 per cent of his attempted passes, says the performance lays down a standard they should be striving to meet consistently.

"We want to be a Barcelona side which dominates games, which owns the ball, which defends well and we're getting there," he said. "We have a new coach and this will improve continually.

"To have six points from two games is important. It's only a two-goal win but it could have been much more.

"Some chances didn't want to go in but we're generally content. The vital thing is to be continuously creating these chances."

Barcelona lose 1-0 at Getafe for first defeat under Koeman