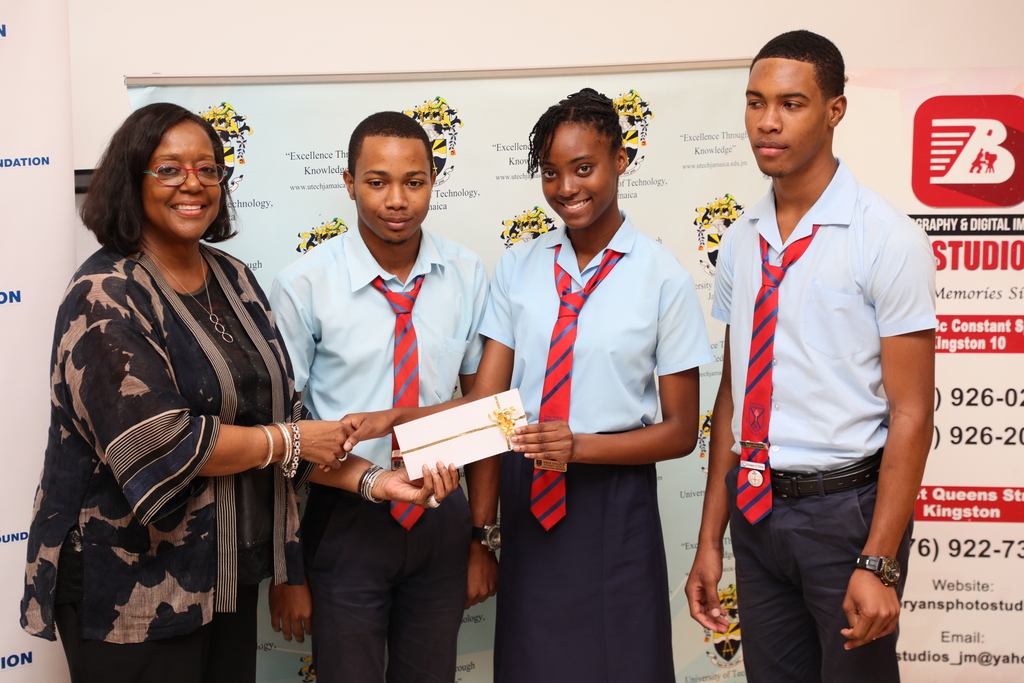 After consistently going head-to-head throughout the preliminary and lightening rounds, the champions from Surrey comprising Niguel Walker, Raheem Wilson and captain Ruth-Ann Blair secured the win  with a final score of 17 to Campion’s 16 points.

The 30-minute final match was played in three exciting rounds with each team answering questions from the CSEC and CAPE Level one and two Mathematics curricula posed by Quiz Master, Judith Delisser, Lecturer, School of Mathematics and Statistics at UTech.

Both teams impressed with their quick responses showing competency in areas such as trigonometry, complex numbers, functions, probability, polynomial and differential equations.

Cupidon said CIBC First Caribbean has a strong tradition of support for education and “particularly valued mathematics competitions for strengthening the mathematical capabilities of the next generation of problem solvers by developing critical thinking, building confidence and encouraging intellectual pursuits.”

The winning school received a trophy and cash prize of $150,000, which was sponsored by CIBC First Caribbean International Bank, Bryan Studios Limited and NCB Foundation.

The second place school received a trophy and a cash prize of $100,000 from UTech, Jamaica and NCB Foundation.