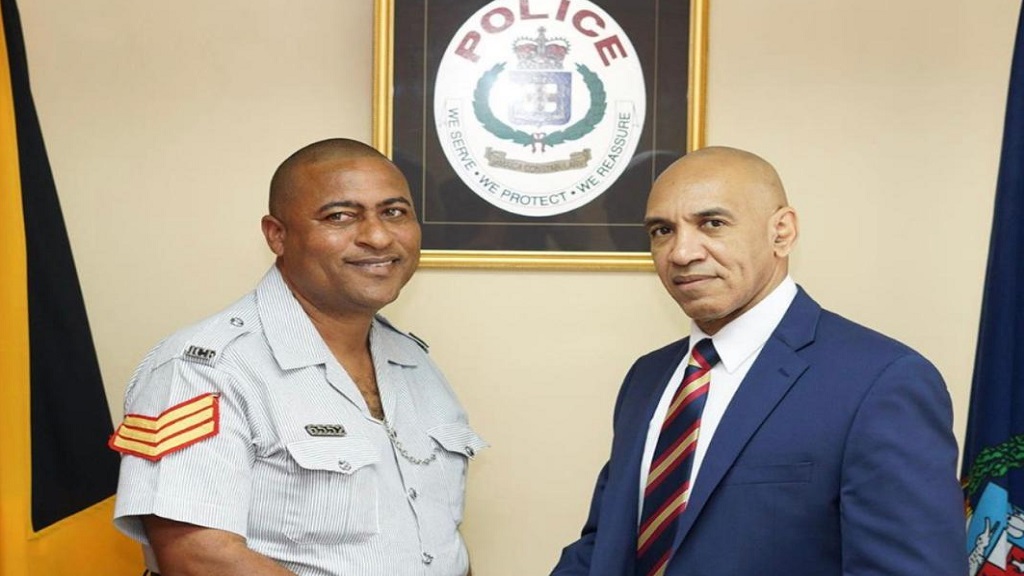 Commissioner of Police, Major General Antony Anderson, earlier this week met with the police sergeant who was highlighted for recently going to the extreme to help a citizen who went to the Lacovia Police Station in St Elizabeth after she started to feel sleepy while driving home from Westmoreland.

The commissioner, after hearing of the good deed by the lawman, met with Sergeant Andrew Palmer on Wednesday, February 12 to let him know that his exemplary action had not gone unnoticed

The meeting took place at the commissioner’s officer in St Andrew.

Sergeant Palmer was highlighted after he went above the call of duty to ensure the safety of a citizen who was resting inside her car on the police station compound in Lacovia recently.

He gave a watchful eye up until when the citizen departed the location several hours later in the wee hours of the morning.

The station itself had been closed for the night, but Sergeant Palmer went outside and kept guard inside his own car on the compound until the motorist departed the premises.

The woman subsequently learnt of his action, and wrote a letter of commendation highlighting how she felt about it, including that the subsequent knowledge of the deed brought tears to her eyes.

The Police High Command has since lauded the officer and cited what he did as an example for other Jamaica Constabulary Force (JCF) members to learn from and be willing to emulate, where appropriate.

WATCH: Police sergeant gets into the spirit at funeral service