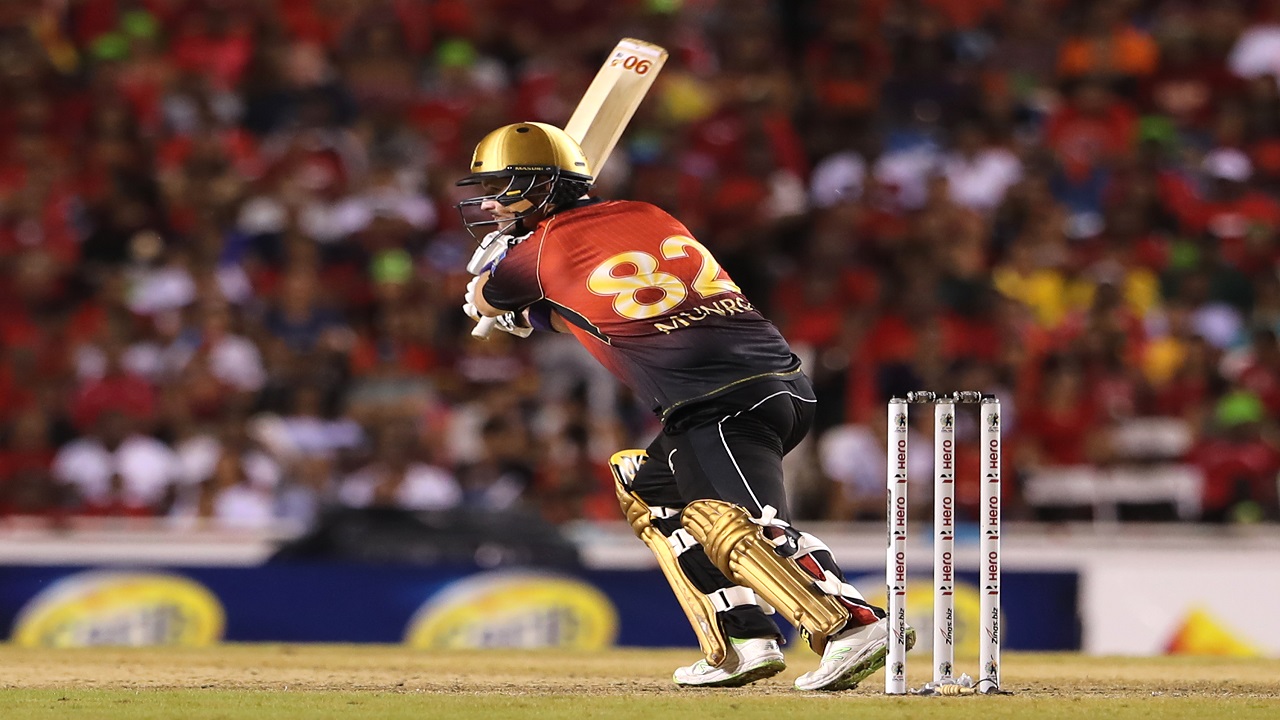 The best two teams in this season’s competition have now met four times in the last 11 days and won two games apiece, but this was the one that really mattered and it went decisively the Knight Riders’ way.

Fittingly, it was Colin Munro who hit the winning runs having become the first batsman both to pass 500 runs and then to score six half-centuries in a single Hero CPL season. His brutal 68 not out from 39 balls eased his team past a target of 148 after fellow New Zealander Brendon McCullum had got the run-chase off to a flying start with 39 off 24. 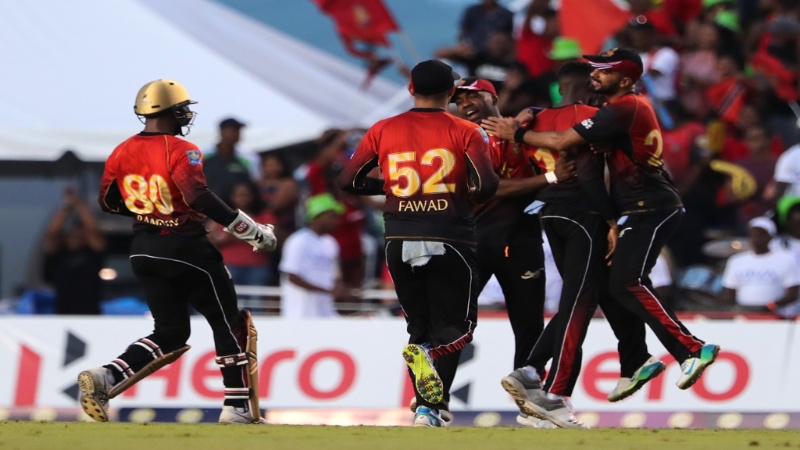 Munro brought up his latest 50 from just 33 balls with successive sixes off Rayad Emrit, adding a third six in a 27-run 17th over that effectively ended the contest.

That onslaught left just four runs needed from the last 18 balls, and after collecting two runs from the first ball of the 18th over Munro then slashed the third to the boundary to spark wild celebrations from his team-mates and in the stands.

It was the bowlers, though, who had done most of the heavy lifting to secure back-to-back titles for the Knight Riders, with the Warriors – who have now lost four Hero CPL finals – left to rue a dramatic batting collapse in the second half of their innings.

All the Knight Riders bowlers played their part in restricting the Warriors to 147 for nine. Dwayne Bravo was able to use just his five main bowlers, including himself, with all five getting something in the wickets column and none going for more than eight an over.

Ali Khan made the perfect start, ripping out Cameron Delport’s off stump with the very first ball of the night. He finished with one for 20 from four exemplary overs to end a fine Hero CPL campaign with 16 wickets to his name.

One man who had an even better season, though, is Fawad Ahmed, who grabbed his 22nd and perhaps most significant wicket when he removed Shimron Hetmyer. After hitting a googly straight back over the bowler’s head for six, Hetmyer was suckered by a similar but slightly slower delivery. He reached for it, and this time could only edge it to slip where Dwayne Bravo was waiting and claimed huge reward for holding his nerve and maintaining an attacking field.

Luke Ronchi was holding the innings together but his departure for a well-made 44 from 35, chipping Khary Pierre to deep cover, triggered a collapse from 79 for two to 109 for eight. Pierre himself snagged two more wickets, including an outrageous caught and bowled to see off Sherfane Rutherford. The ball was drilled back at the bowler, who jerked his head out of the way and stuck up his hands. Remarkably, the ball stuck in his right hand and a disbelieving Rutherford had to drag himself from the field.

Dwayne Bravo’s aggressive field setting struck again when Chadwick Walton edged Pierre to slip, while the captain landed two significant blows of his own with both Jason Mohammed and Chris Green top-edging surprise bouncers to be caught. 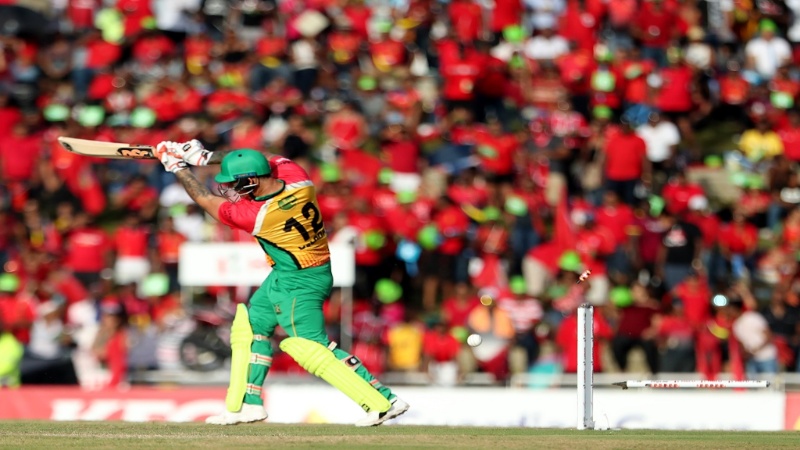 Sunil Narine, bowling through the pain of a shoulder injury, had Sohail Tanvir caught at short third-man attempting a slog-sweep.

At 109 for eight the Warriors were sinking without a trace, but Shepherd, Emrit and Imran Tahir scrambled 39 from the last four overs to give themselves something to bowl at.

It never really looked like being enough, though, with the Warriors only managing to dismiss McCullum, caught at cover off Green, and then Ramdin for 24 when he clattered his own stumps having gone too deep in his crease against Shepherd.

Darren Bravo was forced to retire hurt after seeming to injure a hamstring completing a single, but that was the only real negative on another glorious night for the Knight Riders.