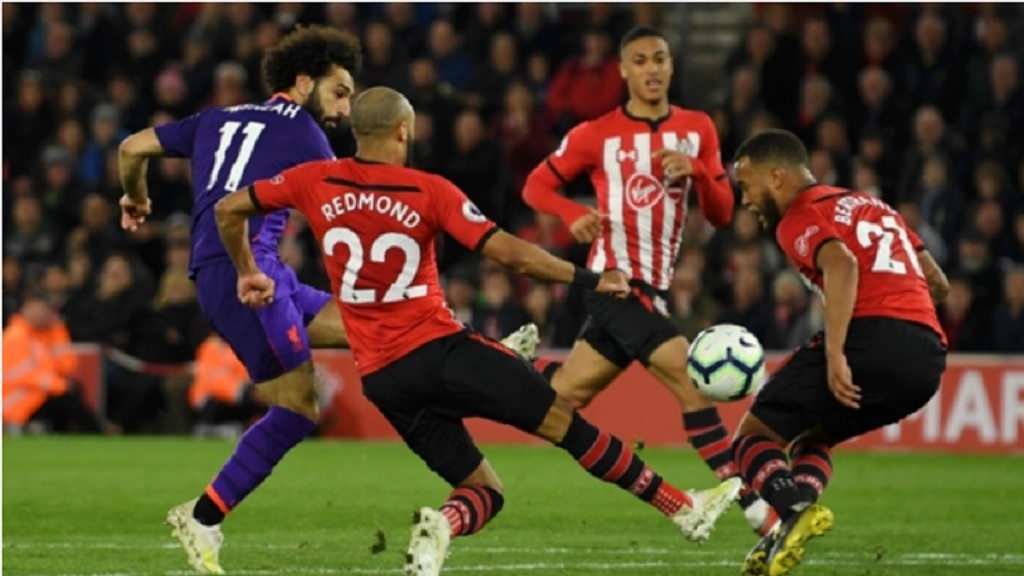 Salah had failed to score in his last eight games in all competitions ahead of Friday's trip to St Mary's Stadium, but he played a key role as the Reds came from behind to win 3-1.

Naby Keita's first Liverpool goal had cancelled out an early Shane Long opener but it was all square with 10 minutes to go, with a draw set to hand the advantage in the title race to Manchester City.

But, following a Southampton corner, Salah strode half the length of the field before beating Angus Gunn with a precise finish having ignored a possible chance to set up Roberto Firmino.

The Brazilian then teed up captain Jordan Henderson for the clincher as Liverpool moved two points clear of City, who do not play in the Premier League this weekend as they are in FA Cup semi-final action against Brighton and Hove Albion.

Salah's strike meant he reached 50 Premier League goals quicker than anyone in Liverpool's history - and Klopp was full of praise for the attacker after he finally got on the scoresheet again.

"It was brilliant, I told the boys we have a good mentality among us," Klopp said to Sky Sports.

"We were well-organised, high pressed, being everywhere, but each ball they cleared was almost a counter, we have to adjust. They scored a nice goal, not world-class defending but we stayed calm.

"[We] work for the moment, not wait for the moment. After 1-1 at half-time, we went again, the game calmed down then was decided with two outstanding counter-attacking goals.

"Mo Salah could not pass for his goal, go, go, go and world-class finish. I am really happy with the performance, we knew it would be difficult so winning here is not easy but we did it."

Klopp made a double change early in the second half, withdrawing Georginio Wijnaldum and Trent Alexander-Arnold and introducing Henderson and James Milner.

Reds captain Henderson recorded an assist and a goal to keep Liverpool's title bid on track and Klopp revelled in another late show from his title hopefuls.

"A few boys need treatment tomorrow, the performance was not top level but it is about fighting," Klopp added.

"People want us to play like Manchester City, we are unable to do that, we play our own football. We have 82 points now, that is massive in this crazy league and everyone is waiting for us. I am really proud. It is incredible.

"We had to be more lively, Trent and Gini were struggling with the intensity of the season. Jordan Henderson came on and brought aggressiveness, verbal aggressiveness, we had direction again after that.

"We have to work for it, the moment will come but all three goals were brilliant. It is nice for Naby Keita to score his first goal for Liverpool, to show Southampton it will not be easy for them. After that we controlled it more. It was good, I liked it.

"It is a difficult year for everybody, you need to have 70 to 75 points for the Champions League and 90-something to win the title. We are in the race and that is nice."