Klopp plays down Mane outburst in Liverpool win at Burnley 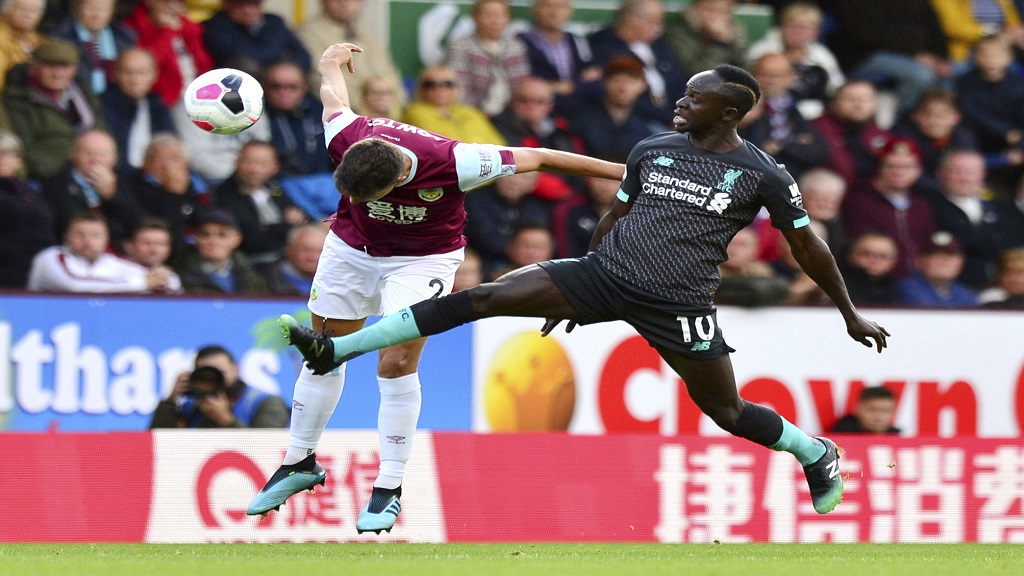 Mane remonstrated with Liverpool's technical staff after he was substituted in the second half, seemingly unhappy that teammate Mohamed Salah failed to pick him out with a pass moments earlier.

"Sadio Mane is an emotional guy, we are all individuals," Klopp said. "Something went not like he wanted, it is not the substitution. We will clarify it in the dressing room."

Mane played his part in the easy victory at Turf Moor, scoring the second goal after an own-goal by Chris Wood, who deflected in Trent Alexander-Arnold's cross, put Liverpool in front in the 33rd.

Roberto Firmino added the third goal in the 80th, as Liverpool stayed in first place on a maximum 12 points heading into the international break.

It is the first time Liverpool have won their opening four matches in back-to-back seasons and the team recorded their first league clean sheet of the season. Firmino also became the first Brazilian to score 50 Premier League goals.

"The players pretty much played the perfect game," Klopp said. "It's our most deserved win of the season."

This was a different type of victory to those against Norwich, Southampton and Arsenal, with Liverpool grinding it out before moving through the gears late on.

The opening goal was a complete fluke. Alexander-Arnold's attempted cross took a glancing blow off Wood's back and ballooned over goalkeeper Nick Pope into the top corner.

Burnley were their own worst enemy for the second goal, with defender Ben Mee losing possession to Firmino, who teed up Mane to slot home his fourth goal in as many games.

Liverpool strolled toward full time, with Firmino launching and finishing the counterattack with Salah to score the third goal from the edge of the area.